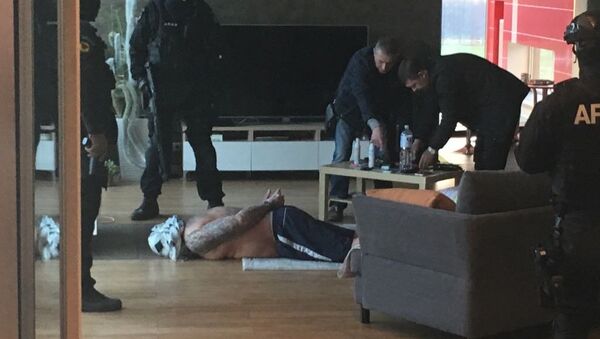 A British gangster captured in Lithuania has been convicted of "industrial scale" drug smuggling into the Republic of Ireland and the UK. James Mulvey made international headlines last year when he was arrested in his underpants by a SWAT team at his hideout in Kaunas.

Mulvey, 42, was jailed for 32 years on Wednesday, June 13, of being the head of a gang who supplied Class A and B drugs on an "industrial scale" and he is thought to have smuggled in at least £68 million (US$90 million) worth of drugs.

He was arrested in March 2017, while hiding out at his girlfriend's house in the Lithuanian city.

Mulvey, who comes from Solihull, near Birmingham, was described as being the "controlling mind" in a conspiracy to import cocaine and cannabis into Dublin in industrial rollers, mini Harley Davidsons and inflatable sea scooters.

Mulvey: “Remember I used to do bits and bobs, for what Barry [Phipps] got nicked off in Inkberrow…” This admission, along with other evidence placed James Mulvey at the head of a drug trafficking operation, and led to his conviction. https://t.co/HV26v8lXr6 pic.twitter.com/jmqn8r0SGK

He was held in Lithuania on  a European Arrest Warrant following a two year investigation by the UK's National Crime Agency which spread across nine countries and dated back to 2006.

"James Mulvey did his best to live as a ghost, having no conventional footprints in terms of home address, assets or bank accounts. Regular changes of phones and constant overseas travel were part of his attempts to evade law enforcement," said Adam Warnock, the NCA's Birmingham Branch Commander.

Mulvey used bogus haulage businesses to import cocaine and cannabis from Holland to Ireland via the UK. 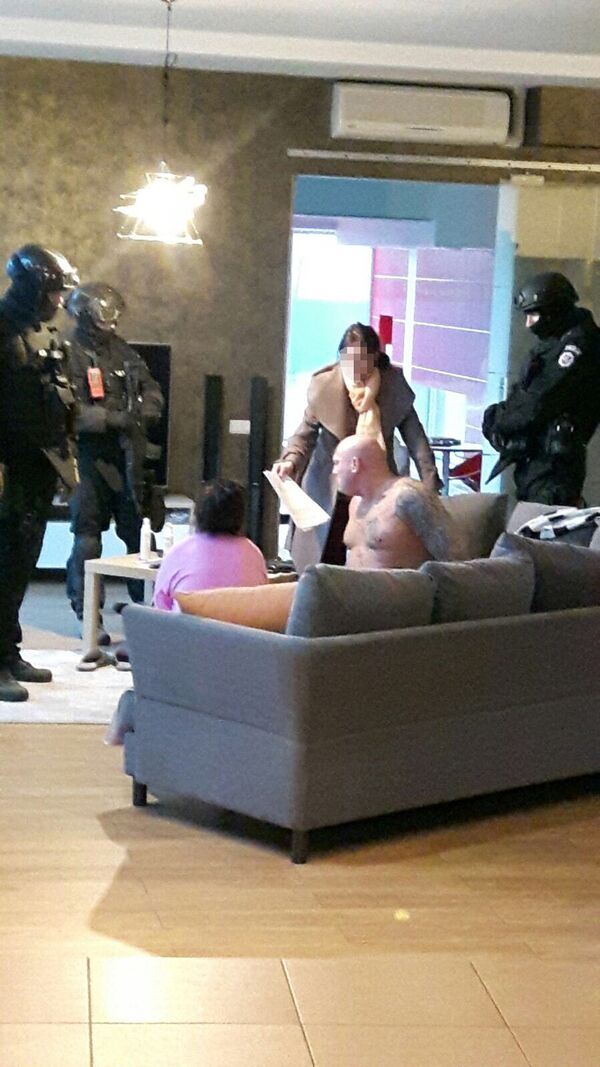 In February 2007, a consignment containing 20 kilograms of cocaine, 364 kilos of cannabis and 10 kilos of cutting agent was seized in Belgium, hidden in metal rollers.

Mulvey's right hand man Barry Phipps would use fake names to rent storage space where the consignments would be kept before being shipped on to Ireland.

Phipps and four others were jailed for 86 years in 2009 but Mulvey escaped and went into hiding, first in Spain, then in Brazil, Holland and Portugal.

​Hid His Money in Monaco and Mauritius

Mulvey hid his fortune in a complex web of transactions involving bank accounts and offshore funds in the Isle of Man, Monaco and Mauritius.

In 2012 he snuck into the UK, probably on a forged passport, because his father was gravely ill.

It was while he was in the UK that Mulvey was caught on NCA covert recording devices admitting to his part in the conspiracy.

In 2014 his cousin, Gerard "Hatchet" Kavanagh, was murdered in Spain in a gangland hit after being lured by a "honey trap" woman.

Mulvey, who is alleged to have connections to Ireland's influential Kinahan family, bought a £1.2 million ($1.6million) villa in Spain,  several houses in Britain, high-end watches and cars, and spent £1,000 ($1,600) a week on cocaine.

But he will spend the next 32 years behind bars after his conviction at Birmingham Crown Court.

The hunt goes on for his millions.