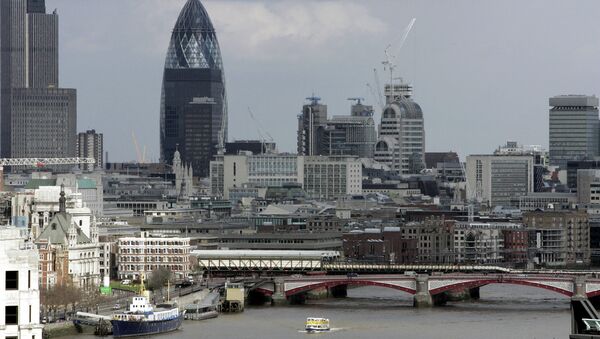 Tommy Robinson (real name Stephen Yaxley-Lennon), the former leader of the anti-immigrant EDL was arrested on May 25 and accused with breaching the peace outside Leeds crown court by using social networks to broadcast an hour-long video outside the courthouse. He was summarily sentenced to 13 months in prison.

Tommy Robinson served as spokesman and leader of the English Defence League (EDL), a right-wing street protest movement, which arose from the English working class to become the forefront of the counter-jihad, according to information published on the movement's official website. Tommy Robinson resigned his post in 2013.

In February 2017, Robinson became a correspondent for Canadian political website The Rebel Media. Subsequently, in May 2017, Robinson was convicted of contempt of court for using a camera to film the defendants in a child rape case inside Canterbury Crown Court and received a suspended sentence.

“There is a reporting restriction on this case,” The Independent cited Tommy Robinson as saying. “I have to be super careful, you see, because when I was coming to these court cases, part of what the police did was they dawn raided me and they put me on a contempt of court charge, which would mean that I could face prison.”

On May 25, Tommy Robinson was imprisoned for 13 months for a breach of the peace while live streaming via his Facebook page an ongoing trial in Leeds Crown Court. Robinson's live stream was being watched by more than 10,000 people. He admitted to committing contempt of court by publishing information that could prejudice the ongoing trial.

The former EDL leader's supporters launched a "Free Tommy" protest and a petition on change.org to free him, which is has been signed by over 602,000 people to date.

000000
Popular comments
What a nasty woman Theresa May is. No free speech in the UK, in fact no democracy whatsoever.