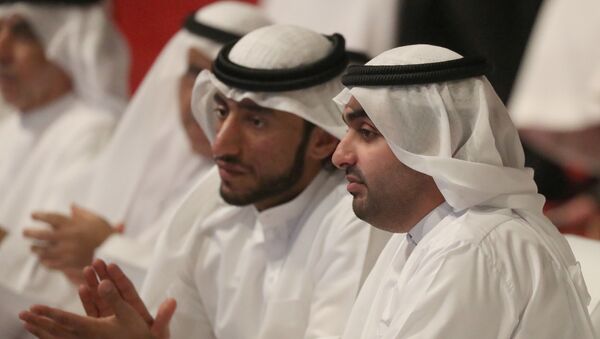 The reported high-level defection is expected to further deepen the diplomatic conflict between the two countries, with the United Arab Emirates and three other Arab countries already engaged in a year-long blockade of the Gulf kingdom.

Sheikh Rashid bin Hamad Al Sharqi, the son of the Emir of Fujairah, one of the kingdoms comprising the UAE, has defected to Qatar via that country's London embassy, two sources have told The Telegraph.

As the eldest son of the emir, 31-year-old Al Sharqi, who served as chairman of the Fujairah Culture and Media Authority, was expected to be appointed as Fujairah's crown prince. However the royal reportedly had a falling out with UAE Crown Prince Mohammed bin Zayed Al Nahyan after the latter proposed naming Al Sharqi's younger brother as the crown prince, an Emirati palace source said.

Qatar Rejects Saudi Threats on S-400 Supplies, Considers it Meddling - Envoy
A source close to the Emir and a senior diplomatic source told the newspaper that the prince had fled to Doha in May after asking for and receiving political asylum at the Qatari embassy in London.  Al Sharqi reportedly arrived in the embassy on May 19. On May 23, he was reportedly taken to the airport and flown to Qatar on a private plane.

Qatar and its Gulf neighbors have been locked in a major diplomatic row for over a year now, with Saudi Arabia and three other countries, including the UAE, Egypt, and Bahrain initiating a blockade of the tiny Gulf monarchy last June. The countries have accused Qatar of contributing to the financing of international terrorism, a charge which Doha has denied.