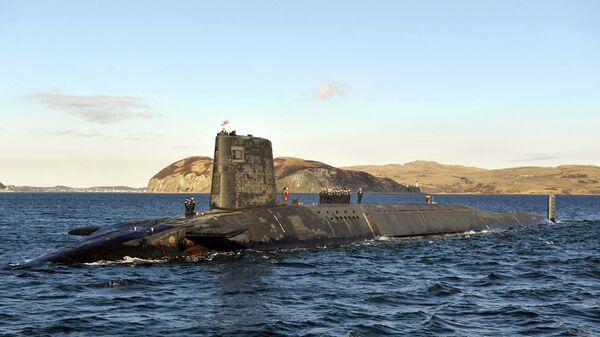 While specific details of what happened in each case have not been released, previous freedom of information act requests have shown common incidents include equipment failures, collisions and breakdowns. Some convoys have even been delayed or diverted by poor weather conditions, traffic accidents and protests — and on at least one occasion "dogs loose on the carriageway".

The convoys, which typically comprise 20 or more military vehicles, transport Trident nuclear warheads at least six times annually between the Royal Naval Armaments Depot at Long Loch's Coulport Loch near Glasgow and the bomb factory at Burghfield in Berkshire, where they're maintained.

Along the way, they travel close to major UK population centers such as Birmingham, Glasgow, Edinburgh, Manchester and Newcastle — and while they're meant to be conducted in strict secrecy, members of the public often photograph and film their movements, sharing the content on social media. Nonetheless, a 2016 YouGov poll indicated 64 percent of British adults are unaware of the convoys — and 47 per cent of respondents said they were ‘concerned'.

Such fears may be well-founded. The detonation of a single 100-kiloton Trident warhead would cause a blast eight times more powerful than the one which infamously devastated Hiroshima, Japan in 1945 and killed at least 100,000. Anyone within five kilometres would die instantly. 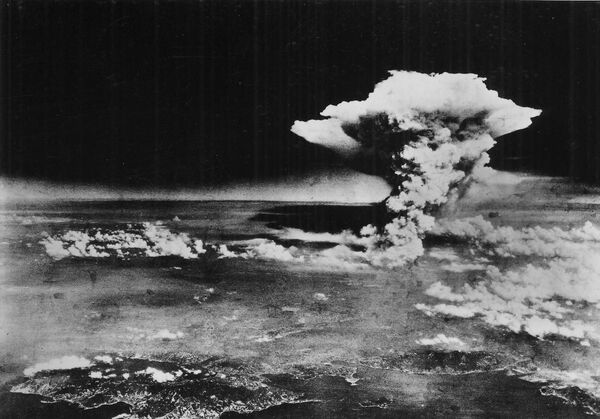 While the MoD maintains no such convoy has ever posed a radiation hazard to either the public or environment, Nukewatch — an organization documenting the passage of nuclear convoys across the country — states the potential for calamity is high.

For instance, in the event of a serious accident the highly volatile ‘conventional' explosive could be set off, causing accompanying warheads to ‘jet' plutonium. The MoD itself estimates in such a situation a circle some 600-yards in radius would be affected by such a blast, and fragments of explosives — and alpha emitting plutonium and uranium particles down wind could be dispersed for miles. If ingested, these particles can cause cancer.

If such an incident occurred close to or in a heavily populated area, it would be extremely difficult if not impossible to effectively evacuate the vicinity before potentially lethal material spread. There is no MoD guidance in the public domain on dealing with such an issue — or whether and how traffic would be quarantined or locked in a contaminated zone. 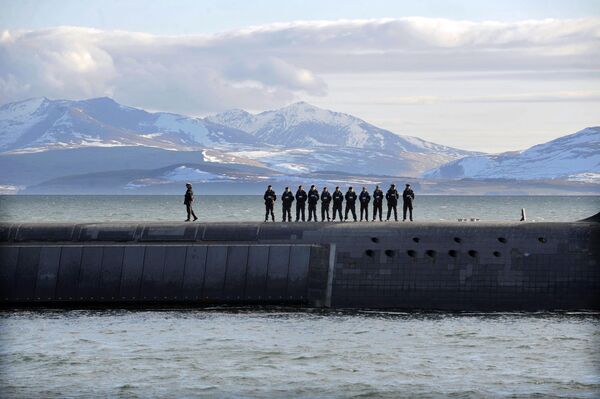 British Navy personnel stand atop the Trident Nuclear Submarine, HMS Victorious, on patrol off the west coast of Scotland on April 4, 2013 before the visit of British Prime Minister David Cameron.
© AFP 2022 / Andy Buchanan

In August 2017, Nukewatch published Unready Scotland, based primarily on a survey of local authorities situated on routes taken by the warhead convoys. It found not one of the councils surveyed had ever conducted risk assessments, and none informed their constituents about nuclear warhead traffic in the area. Moreover, they found no evidence the Scottish Government had taken any active step to ensure compliance with the 2004 Civil Contingencies Act, which theoretically governs the response of local authorities to any threat to public safety.

The report also examined in detail the challenging practicalities posed to civil authorities in the event of a serious incident, and concludes there's no evidence these authorities would be able to cope.

"The MOD make clear their prime concern would be to secure the weapons themselves, while Category 1 Responders would have to manage accurate and prompt public information (including countering false stories spreading on social media), complex evacuations in highly populated areas, as well as making arrangements for people to take shelter in their homes. This would all be on a scale that has not been tested in practice, and the responses reported make it clear in this context bland assurances all is in hand are impossible to accept," Unready Scotland concluded.

The MoD's refusal to acknowledge the risk posed by transporting nuclear weapons on open roads, and failure to disclose the precise nature of the accidents such vehicles became embroiled in over the course of 2017 may nonetheless be unsurprising given ever-increasing levels of secrecy around Trident, and its safety.

For instance, annual reports from the MoD's internal watchdog, the Defence Nuclear Safety Regulator (DNSR), had repeatedly warned of the dangers blighting the project, including spending reductions, engineer shortages shortages and accidents, since their institution in 2006 — but in 2017, the Ministry opted to classify them, on the basis of "national security" 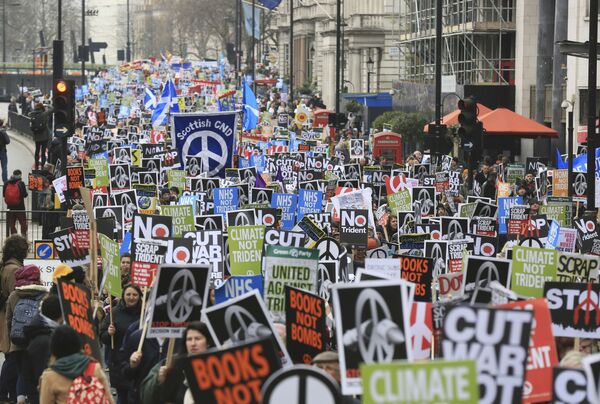 Protesters take part in a protest against the Trident nuclear missile system in London, February 27, 2016.
© REUTERS / Paul Hackett
"Nuclear safety has not been compromised. No further detail or comment will be made on those elements redacted," the MoD stated.

This has prompted a tirade of accusations that it is trying to hide "embarrassing" concerns about nuclear safety, and avoid public scrutiny.

But the latest concerns for 2015 and 2016 have been concealed by the MoD. The entire text of the last two DNSR annual summaries has been redacted from wider reports published by Defence Safety Authority because they "would or would likely impact national security."