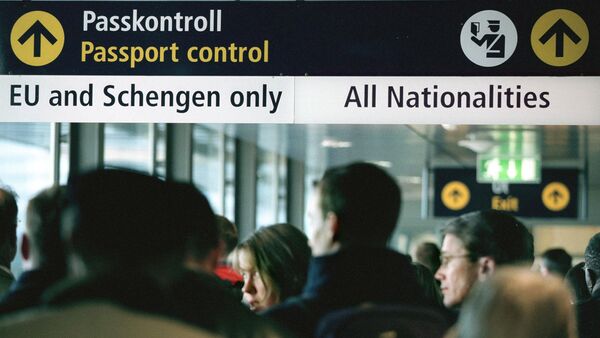 With as many as 150,000 victims of female genital mutilation residing in the Scandinavian country that consistently ranks at the top of various equality ratings, Swedish Social Democrat Gursimer Singh has advocated rigorous measures to stop this illegal and immensely painful procedure from happening.

During the summer vacation, many girls with roots in other countries are likely to be sent "home" by their parents. Once there, they are likely to be subjected to so-called virginity checks or female genital mutilation (FGM) in an attempt to prevent premarital sex and retain their "honor," Social Democrat and women's and children's rights activist Gursimer Singh, a board member of the women's rights organization Varken Hora eller Kuvad ("Neither Whore, Nor Subdued") wrote in an opinion piece published by Dagens Samhälle.

Singh argued that both left-wing and right-wing Swedish politicians have been addressing the problem poorly.

According to Singh, the right-wingers preoccupation with the freedom of choice has provided fertile ground for private healthcare providers who are more than willing to perform "virginity checks and more." At the same time, Singh conceded that the left, including his own party, the Social Democrats, are not wholly committed to weeding out this problem.

"As a Social Democrat, I must admit that we on the left wing are not spotless either. We working in the left must put an end to various religious forces trying to infiltrate our political institutions. Another problem involves blind ‘antiracists' who not only repeatedly deny the very existence of the ‘honor culture' but also question those who fighting against it. Racism is rather choosing to turn a blind eye to the existence of the ‘honor culture' among some immigrant groups," Gursimer Singh wrote.

In his opinion piece, Singh proposed more rigorous measures to address the problem, such as informing parents about the legal consequences of subjecting their daughters to FGM or providing more education to school staff on how to recognize and raise these issues.

However, the most far-reaching measure proposed by Gursimer Singh involves what he called FGM-checks at Swedish airports, with nurses carrying out spot checks on girls before and after trips "home."

"It's almost laughable how much we talk about Swedes standing up for gender equality with this going on. What equality, I keep asking myself?" concluded Singh.

In recent years, estimates on the number of women in Sweden having been subjected to FGM have soared. While a 2015 estimate put the number of FGM sufferers at 38,000, a 2017 survey raised the number to a whopping 150,000 in a country of 10 million. Since genital mutilation is very private and shame-laden, it remains largely unreported, with the actual number of victims potentially being still higher.

FGM, also known as female genital cutting and female circumcision, is the ritual practice of cutting or removal of some or all of the external female genitalia, found in parts of Africa, Asia and the Middle East. According to a 2016 estimate by the United Nations Children's Fund (UNICEF), around 200 million women living today have undergone this procedure.