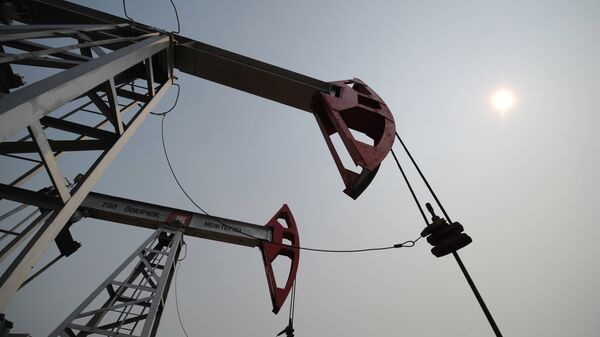 © Sputnik / Iliya Pitalev
/
Go to the mediabank
Subscribe
International
India
Africa
Unexpectedly high profits may come as the result of a greater rise in oil and gas prices than projected by the Russian Finance Ministry. According to an announcement by the ministry, the profits will be used by the central bank to buy foreign currency.

The Russian Finance Ministry has suggested amending the Russian federal budget, with one of the amendments reading that the projected oil and gas profits have risen from $8,43 billion to some $43,8 billion in 2018. With budget spending remaining roughly at the same level, Russia will have a projected budget surplus of $7 billion.

According to the ministry's announcement, the projected profit has risen due to the higher than expected oil and gas prices. In May 2018, the difference in projected income had reached $5 billion.

The ministry plans to use the extra funds to increase the country's foreign currency reserves. The Russian Central Bank will be tasked with gradually buying currency over time, the ministry's announcement said.