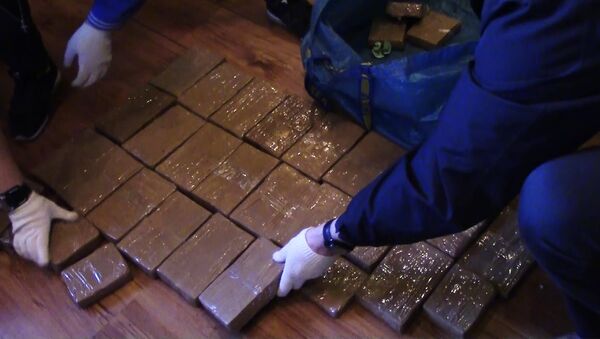 "The Russian Federal Security Service and the Ministry of Internal Affairs conducted investigative actions to stop the activity of persons related to running a supply chain of drugs and psychotropics on the especially large scale from the EU states to Russia for further distribution in Northwestern Federal District," the statement read.

The organizers and active members of the crime group have been identified, the statement added. Six members were caught red-handed during the final stage of the operation in the Leningrad Region.

READ MORE: Over 100 Years in Jail for Drug Gang Who Trafficked Cocaine Through Heathrow

This operation comes just a month after The Russian Federal Security Service arrested 60 members of a major Daesh-linked* criminal group in Moscow and the Moscow Region.