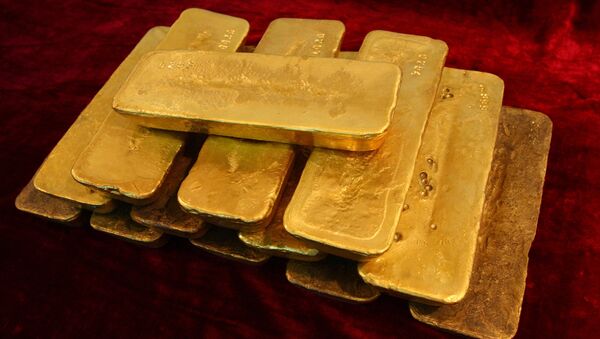 © Sputnik / Vitaliy Bezrukih
/
Go to the mediabank
Subscribe
International
India
Africa
The Turkish Central Bank has decided to bring its 220 tons-worth of gold home from the US. The country's largest commercial banks have followed suit. Claudio Grass, a Mises Institute ambassador and consultant at Switzerland's Precious Metal Advisory, explained why the move is a sign of the impending return to global financial multipolarity.

Sputnik: What do you think prompted Ankara to begin transferring its gold reserves out of the US Federal Reserve system?

Claudio Grass: I think there are several reasons for this, but the main might be that Erdogan's former brother in arms Fethullah Gulen is living in Pennsylvania under the protection of the US government. Erdogan claims that Fethullah [is working with] the deep state in Turkey, which is trying to overthrow his position. So he claims that Gullen stands behind the coup attempt which took place a year and a half ago. Therefore, I think Erdogan does not trust Gullen, and also not the Americans any longer…

On the other hand, the economy is in trouble, and the Turkish lira for a long time has been facing pressure…

Golden Rush-Out: Turkey Extracts Its Bullion Reserves From US
On the other side, Erdogan and the Muslim Brotherhood have some power ambitions to bring back a kind of 'Ottoman Empire 2.0'. He also seems to understand that gold is money, especially given the status of gold in the Muslim world…and its historical status of real money. So by bringing back the gold reserves, he's showing that he does not count on the US as a partner any longer.

Also, Turkey is still a NATO ally, but it seems Erdogan wants to go his own way, and gold allows him to finance and trade in a currency which doesn't need to go through the international banking system. 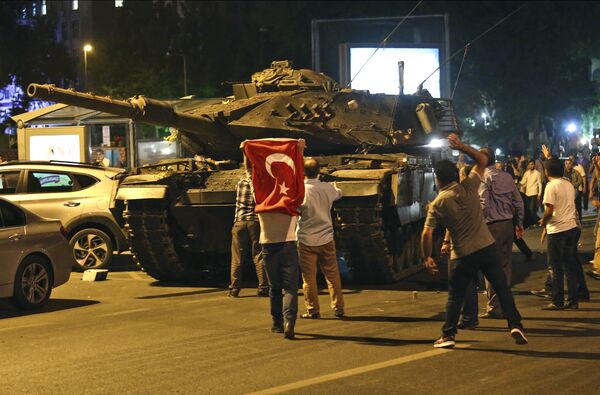 A tank moves into position as Turkish people attempt to stop them, in Ankara, Turkey, early Saturday, July 16, 2016
© AP Photo

Sputnik: What impact could this move have on the financial situation in the US? Only last week the Chinese declared that they were introducing the petro-yuan. That's obviously going to take years to get traction. But it's all looking as though they're trying to change the status quo. What's your feeling about that?

Claudio Grass: Yes, the Chinese are starting to trade in renminbi backed by gold; at the same time they're planning BRICS trading based on gold. And I think it just shows that gold is becoming part of the system again, and that the East is trying to diversify their risks when it comes to fiat money into gold, which basically is insurance against all the risks which are linked with our current fake monetary system. 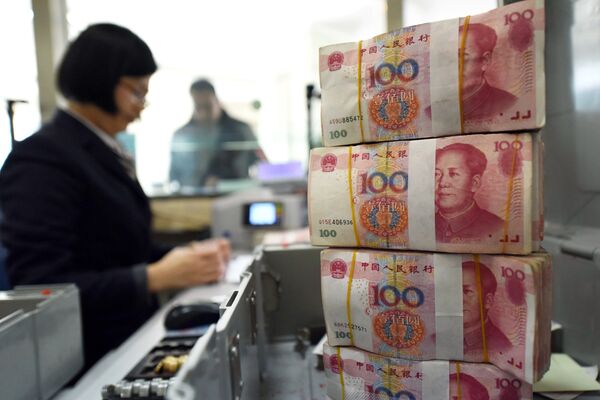 Sputnik: How likely are other nations to follow Turkey?

Claudio Grass: I think that's something we can see. The trend that central banks are withdrawing their gold reserves started a few years ago. It shows that nations understand that it's much wiser to have their gold reserves in their own countries. At the same time, why would they repatriate their gold if they don't believe that gold is money? We have seen central banks in the West such as Germany, the Netherlands and Hungary bring their gold home, which basically shows that they're trying to seek a diversification of their own risks when it comes to the US dollar as a world reserve currency.

Sputnik: What is the cause of the tendency to purchase gold and withdraw it from the US? Is it related in some way to the current geopolitical environment since President Trump has come to power?

Claudio Grass: We used to live under the American empire which basically took over after the Second World War; during the last 60 years it has basically just piled up a gigantic amount of debt. The world currency itself has always been the US dollar; even today, roughly sixty percent of all the reserves of the central banks are held in US dollars. At the same time, when it comes to international trade, the US dollar is the dominant currency.

Why Countries Pull Out Their Bullion From the US
But [the purchase of gold and its withdrawal from the US] are all signs of disintegration. They are all signs that we are going away from a unipolar world to a multipolar world again.

We are at the end of a long term debt cycle. Everything operates in cycles. We have printed money out of thin air, created it out of nothing for almost 50 years, basically since Nixon went off the gold standard. Since then, the US dollar has been the predominant currency. But everything comes to an end. We cannot fight a debt crisis by piling up more debt, and I think all the currency wars we have seen over the last ten years are signs that the world is changing, and that the world that we know is basically falling apart.

Sputnik: Are the economic consequences of this trend going to speed the end of the American empire, or is it going to take 15-20 years as some people are saying, before China catches up and takes over?

Claudio Grass: If we look into history, all empires ultimately collapse after a certain period of time. At the same time, what all these empires over the last few thousand years had in common was that they collapsed when they debased their currency, diluted their currency completely…I think that's also what we are seeing today. In 2008 we took out a credit of roughly $140 trillion; today we are standing at $230 trillion. So what we have gone through over the last ten years is unprecedented in history. One day, we will have to pay back the debt, and I think that day is coming closer.

The views and opinions expressed by Claudio Grass are those of the expert and do not necessarily reflect those of Sputnik.