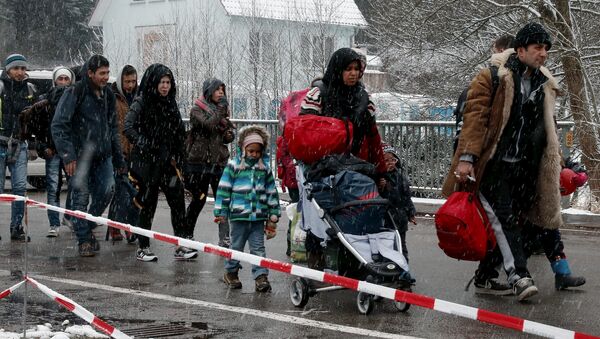 With Europe dealing with a major migrant crisis, European pundits warn about a different kind of threat – the crisis of identity which results in traditional values being replaced by artificial simulacra.

Gianluca Marletta, Italian writer and author of books such as "Manipulations Factory" and "Unisex: The Loss of Sexual Identity," told Sputnik Italia that Europe today appears to be deliberately promoting the "denial" of its own values.

"What defines Western culture today is, in fact, the exaltation of the temporary, the precarious and the ephemeral in all aspects of existence, which is really a contradiction. No civilization has ever been able to prosper and, above all, continuously exist by relying on such inconsistent foundations," he said.

Hungarian PM Orban Sides With Poland in Pursuit of 'Christian, National Values'
According to the writer, the ongoing gravitation away from traditional values in the West wasn’t spontaneous but emerged as a result of several carefully orchestrated cultural revolutions aimed at creating a "man without identity" and a "perfect consumer" who would be susceptible to any ideological influence.

Also, during the last few decades the concept of masculinity in the West found itself under attack from the media and culture, he added.

"On one hand, it is the influence of a certain 'feminism' in the 1970s which has culturally criminalized 'the masculine,' treating it as a violent and negative element that generates a system defined as 'patriarchal' and oppressive. Hence the idea that society should be "feminized," that man himself must renounce his nature and characteristics," he said.

According to Marletta, the West is already "clinically dead" and suffers from a severe demographic collapse caused in no small part by the fact that "the Western man of today is, very often, reduced to a parody of himself, psychologically fragile, obsessively projected into a dimension of external vanity, incapable of assuming the traditional "state" responsibilities that are the roles of husband, father or defender of one's own country."

"If the West doesn’t come around, it risks having what was once the heart of the Western civilization being colonized by younger and more prolific outsiders and migrants," he surmised.

The views and opinions expressed by Gianluca Marletta are those of the writer and do not necessarily reflect those of Sputnik.