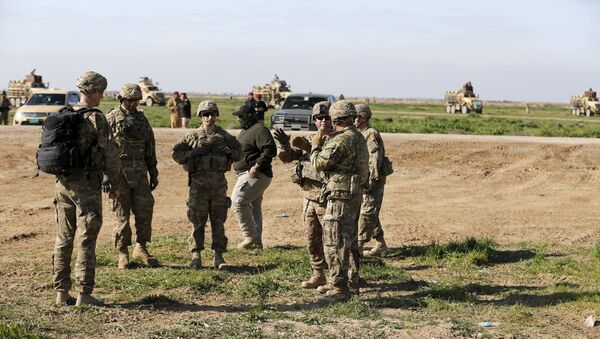 MOSCOW (Sputnik) – Two personnel of the US-led coalition were killed and five were wounded by an improvised explosive device in Syria on March 29, the coalition said on Friday.

"Two Coalition personnel were killed and five were wounded by an improvised explosive device in Syria at approximately 9 p.m. GMT March 29. Wounded personnel received immediate care and are being evacuated for further medical treatment. The names of the deceased will be released at the discretion of the pertinent national authorities. Details pertaining to the incident are being withheld pending further investigation," the coalition said in a statement.

A day before that, Operation Inherent Resolve's Combined Joint Task Force (CJTF-OIR) said in a casualty report that at least 855 civilians had been confirmed dead in Syria and Iraq as a result of US-led coalition’s more than three-year campaign to defeat the Daesh* terrorist group.

Assad's Adviser: Syria Determined to Force US, Turkish 'Occupation Forces' Out
The Coalition noted that it carried in February 485 open reports of possible civilian casualties from previous months and received 121 new reports as a result of its strikes.

The Coalition received 2,135 reports of possible civilian casualties since August 2014 when the campaign against Daesh started and 224 of them were credible, the report said.

The US-led coalition of more than 70 members is conducting military operations in Syria and Iraq. The coalition's strikes in Iraq are conducted in cooperation with Iraqi officials, but those in Syria are not authorized by the government of President Bashar Assad or the United Nations Security Council.

* a terrorist organization banned in Russia