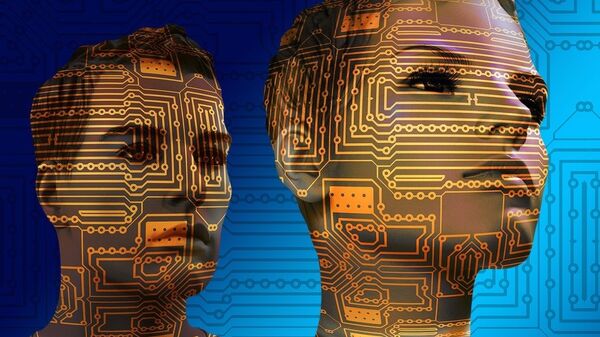 CC0 / Pixabay /
Subscribe
International
India
Africa
Meet Meow Ludo Disco Gamma Meow Meow. This man wanted to carry less on him day in day out and therefore had his travel card chip implanted into his hand. He was later fined for having done so by the travel company and had to deactivate the chip.

Now the guy demands that the legislation correspond to today’s huge technological and scientific advances, not the other way round.

Meow Ludo Disco Gamma Meow Meow, which is his real passport name, or cat-like Meow Meow, for short, is virtually a bio-hacker. He acknowledged in an interview to Sputnik Germany that he had essentially chosen to "reduce the number of connectors" in his life, meaning endless plastic cards, keys, banknotes etc. that one has to fumble through in one’s bag before finding what’s needed.

So, the inventive Meow Meow made up his mind to get rid of at least some of this "stuff," and asked a staffer at the American company Dangerous Things to manufacture a chip for him, which he consequently had implanted into his hand in one of Sydney’s clinics.

"This has to a great extent simplified my life," Meow Meow noted.

However, the halcyon days did not last forever, since the feat was met with criticism by the Australian transport company NSW Transport.

“First they blocked the card, which featured my name on it. But the thin that was implanted in my hand is actually not a card,” the bio-hacker explained.

From then on the company’s representatives tried to lay their hands on Meow Meow’s card to deactivate it completely; and they succeeded. But this time, it was Meow Meow who decided to protest the move.

'Law Hasn’t Yet Caught up With Technology'

The court set about the case by investigating if the travel card had been in any way modified. “I have admitted being guilty in this respect,” Meow Meow noted, since he had really modified it and had to be responsible for that. Still, he is most outraged about the following:

“Nobody argues if I was paying my travel fare or not. Nobody questions if I put my hand to the card reader or not. In this case, the law simply hasn’t caught up with today’s advanced technologies.” The company hasn’t taken into account that the chip can function without the actual card, since it is solely interested in cards that it issues remaining intact.

The bio-hacker stated that the chip had been implanted into his hand in line with a range of medical standards, similarly to the way cardiostimulators are tagged. The chip itself sits in a sealed capsule made of a biologically harmless material. The operation was conducted by highly competent medical workers in aseptic conditions.

Notably, it is not the only "implant" in his body. The human cyborg can also boast a chip in his wrist, which is virtually his business card. And on top of that, in one of his thumbs there is a built-in bitcoin address, so that "people can transfer money to his account" using the bitcoin QR code by simply sliding their phones over his thumb."

This technology could in theory be used for opening the car or the entrance door. "Ideally, one could record passport information on the chip, so that I wouldn’t be afraid to lose my passport when travelling abroad," the bio-hacker rounded off.