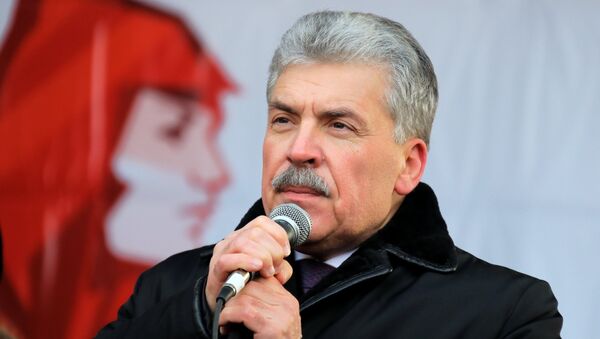 "I will tell you right away that I am absolutely convinced that the incumbent president has won. I am absolutely convinced that his victory took place. But what was done by the officials, the authorities, including the media, during the pre-election campaign allows me to say that these were dirty elections. These were elections that did not meet the international standards,” Grudinin told a press conference.

Incumbent Russian President Vladimir Putin received the support of the absolute majority of the Russians eligible to vote, namely, 76.65 percent of votes as information from 99.5 percent of polling stations processed, according to the preliminary data of the Russian Central Election Commission (CEC).

The commission announced that 73.37 million people voted in the elections, explaining the high turnout by the broad information campaign.