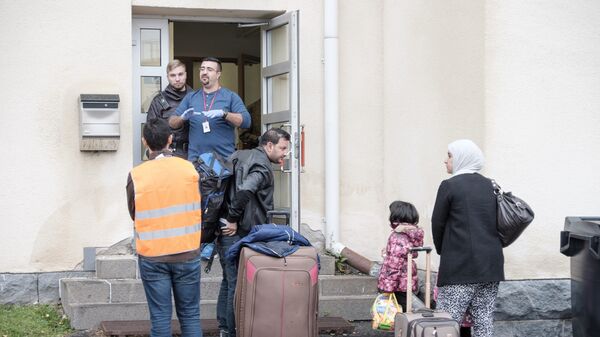 "Immigrants are not guests," a Finnish researcher of jihad has claimed, in a call for a stop to the practice of differential treatment. This, he argued, may help counter radicalization in the long run.

Immigrants should be motivated to help themselves, and young Muslims must feel like they're part of Finnish society. This is the only way to counter radicalization, jihad researcher Atte Kaleva, whose recent book "Jihad and Terror" appeared last week, told national broadcaster Yle.

"Immigrants are not guests, and we should stop acting like hospitable hosts," Kaleva told Yle.

According to him, the "us vs. them" mentality contributes to radicalization, giving a foothold to terrorism.

"The immigrants themselves often talk in terms like 'us and them.' It's like 'we' and the 'original Finns,'" Kaleva said, calling on his compatriots to "stop being polite" and treat the newcomers in the same way ordinary Finns are treated.

According to Kaleva, immigrants should be given the same freedoms as ordinary Finns, but also expected to meet the same demands.

READ MORE: Finnish Muslims Radicalize on Their Own — Without Daesh Recruiters

Kaleva suggested that people becoming members of Daesh*, al-Qaeda* and the like, are in search of a purpose in life. Therefore, politicians must conceive of a way for young people to feel both Muslim and Finnish at the same time, he argued.

According to Kaleva, the discussion about Islam and immigration is highly polarized in Finland.

"At one end, we have the Islamophobes who see Islam, Muslims and immigration as something terrible and are prone to demonizing them altogether. They also flirt with racism too. At the other end, we have Islamophiles who fail to see anything negative in Islam, Muslims, immigration and refugee politics. And this is not a healthy way to react either," Kaleva argued, urging the debaters to "call things by their correct names."

In recent years, up to 90 people have left Finland to join various extremist movements in the Middle East. Many find this figure surprising, given the fact that Finland's Muslim diaspora only numbers some 60,000 people and is easily dwarfed by the percentage of Muslims in neighboring Nordic countries. According to Kaleva, this may be explained by either disappointed attitudes towards Finnish society or targeted Daesh propaganda aimed at Finland specifically.

By Kaleva's own admission, his own perception of radical Islamism was greatly altered when he himself and his wife Leila were kidnapped in Yemen in 2012 and held hostage by al-Qaeda for almost six months.

In his recent book "Jihad and Terror," Kaleva dwells on the origins of Islamist terrorism. According to Kaleva, several things motivate people to become terrorists; Islam and jihadism are by far the main reason, but they are not alone.

"You cannot understand jihadism unless you have a basic knowledge of Islam," Kaleva argued.

Kaleva is a former Finnish captain who was a UN military observer in Kashmir on the border between Pakistan and India. He is currently a member of the Helsinki City Council.