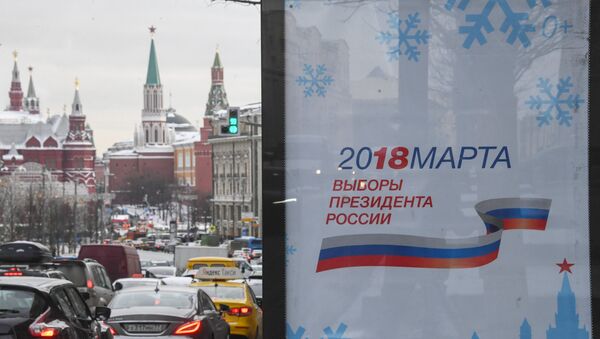 Germany's Deutsche Welle (DW) broadcaster has published nothing short of a "guideline" on how to boycott the 2018 presidential election on its Russian-language webpage, analysts told Sputnik, qualifying the report as a sheer attempt to meddle in the Russian election process.

"This is an instruction to discredit the Russian election," Leonid Polyakov, a political scientist at the Higher School of Economics in Moscow, told Sputnik.

On its Russian-language webpage DW, Germany's public international broadcaster which has been operating since 1953, outlines how a Russian citizen may boycott the 2018 presidential election through spoiling or carrying away his/her ballot, or even not going to vote at all.

"The question arises as to why this article has appeared on the website of a media outlet that has links to the government of another country [Germany]," Polyakov asked. "Could this be interpreted as interference in the electoral process of another state? Are there grounds for a diplomatic protest? It is worth asking the German authorities: For what purpose was this provocative material published on the website of a mainstream media outlet? The publication of such articles could be regarded as an unfriendly move."

Russian Election Software Fully Protected Against Hacking - Election Commission
It is obvious that the article is mainly addressing the non-systemic or the so-called implacable opposition, which rejects the upcoming elections and labels it as "falsified" beforehand, the academic explained.

For his part, Sergey Sirotkin, a member of the Central Election Commission of the Russian Federation, opined that the German media outlet is "completely detached from Russian realities."

To illustrate his point Sirotkin refers to DW's advice receive an absentee ballot and then ignore the vote. The media outlet is seemingly unaware that Russia officially abolished these sorts of ballots in June 2017: Now voters can simply submit an application at their location and choose the site where they intend to vote.

"They [DW] are unprofessional in these matters," the official told Sputnik. "They are pushing people towards taking wrong steps. What does it mean — to carry a ballot away from the territory of a polling station? If this ballot is used for falsification or distortion of election results, then the person would be punished. And I doubt that [DW] would stand up for him/her."

Indeed, while providing this controversial recommendation to Russian voters DW remarked that they could face legal issues. 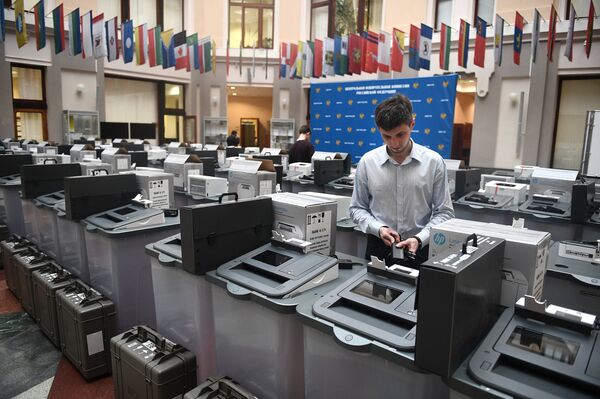 Assessing the media outlet's "guideline" Sirotkin denounced it wittily for what he called a "kindergarten approach."

"For example, [DW suggests] spoiling the ballot. Why wouldn't they recommend [a voter] eating it at the polling booth?" he asked.

Almost 13,000 Journalists to Observe Presidential Vote - Election Commission
The official admitted that during a pre-election campaign emotions usually soar, however, Russians are still going to exercise their democratic rights.

"The country has already tread a thorny path to democracy, and people will express their will," Sirotkin stressed. "They [Deutsche Welle] try to persuade [Russian voters] not to participate in the election. It is quite obvious that they are making attempts to influence our vote, to convince citizens not to go to the polling stations. This won't work!"

The Federal Service for Supervision of Communications, Information Technology and Mass Media (Roskomnadzor) said in response to Sputnik's request that "the assessment of this [DW] publication for violation of Russian legislation is the responsibility of Russia's Central Election Commission (CEC) and the Prosecutor General's Office."

"We are ready for any provocations," Sirotkin underscored. "We are determined to ensure the free expression of will [of Russian voters]; we have done everything to ensure the highest credibility of the results which will be announced by the CEC after the vote."