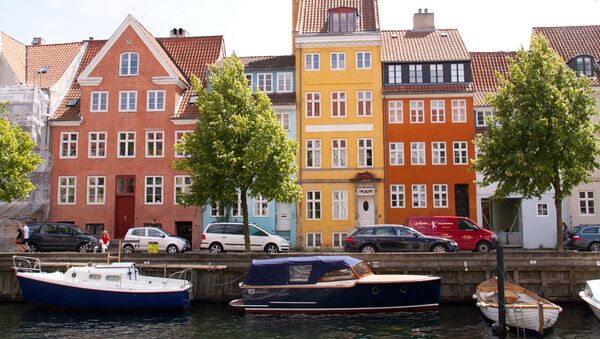 The percentage of non-Western immigrants' descendants who hold democracy in high esteem is falling, whereas more of their peers are prepared to override Danish law for other customs and traditions, a new Integration Barometer in Denmark's capital Copenhagen has shown.

Among young Copenhageners aged 18-29, a waning belief in democracy is manifest. Furthermore, a quarter non-Western immigrants in the Danish capital believe religious laws should be followed even if they are contrary to Danish law, Danish Radio reported, fueling fears of growing radicalization.

According to the recent Integration Barometer, 82 percent of young people with non-Western backgrounds perceive what they represent as "democratic," as opposed to 94 percent of their ethnic Danish peers. Both groups, however, saw a decline compared with 2016, when they clocked 86 percent and 96 percent respectively.

Furthermore, 27 percent of Copenhagen's non-Western population responded that religious laws and traditions must be followed at all costs, even though they may violate Danish law. Again, this was an increase from 2016, when the corresponding figure was 24 percent.

Perhaps surprisingly, the same trend was manifest among youths of Danish background, as the proportion of Danes holding the same conviction rose from 10 to 15 percent.

"It is a huge problem that young people in Copenhagen have a declining faith in democracy, and we must do something about it," Bjørn Jensen said.

His colleagues from the anti-immigrant Danish People's Party (DF), on the other hand, were more concerned about the youngsters' readiness to override Danish law in favor of religious law. According to DF political spokesman in Copenhagen Carl Christian Ebbesen, this should be interpreted as a sign of young people embracing radical ideas.

"We can see that there are more parallel societies where an increasing proportion of people of non-Western backgrounds believe in sharia and not democracy. And it's a dangerous development the way me and my party see it," Ebbesen told Danish Radio.

Employment and Integration Minister Cecillia Lonning-Skovgaard of the Liberal Party was also worried about the Danish youth's view of Danish legislation.

"It's one of the things that makes me really worried because it's clear that if more young Copenhageners feel that, for example, sharia law stands above Danish law, we have a huge challenge," Lonning-Skovgaard said.

According to Jonas Bjørn Jensen measures must be taken as early as in elementary school, in order to change the situation. Jensen said DKK 120 million ($20 million) has been allocated for education in Copenhagen for the next four years, stressing that the goal is to equip young people with democratic tools to make them feel like part of society.