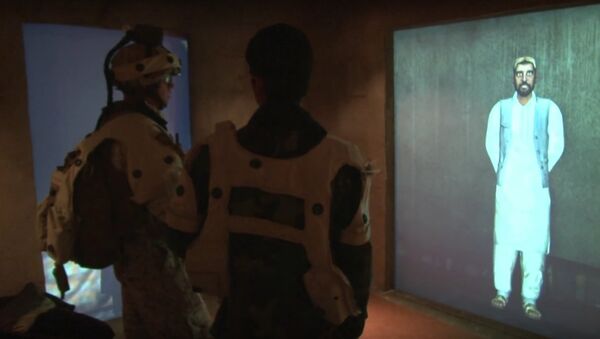 The Institute for Creative Technologies (ICT) recently launched new training software in support of the US Army’s Sexual Harassment/Assault Response and Prevention (SHARP) program. The software is designed to help train the US Army’s command teams in how to response to and prevent sexual harassment and assault in the military.

The newly-released software was developed by the ICT alongside the US Army Research Laboratory. It is part of the Emergent Leader Immersive Training Environment Sexual Harassment/Assault Response and Prevention Command Team Trainer, or ELITE SHARP CTT. It will be used by the Army's SHARP academy to train junior leaders and soldiers to identify "behavior that could lead to potential incidents of sexual harassment or sexual assault" alongside practical ways to intervene to stop this behavior from continuing.

The ELITE SHARP Bystander Resource Assessment Virtual Exercise, or BRAVE, runs on a laptop and includes a virtual human instructor who presents animated videos depicting various scenarios. The instructor then offers both "good" and "bad" responses to SHARP incidents, before the trainee undergoes a series of exercises and tests to apply what they have learned. This new incarnation is more sophisticated than previous versions because it includes strategies and recommended actions for command staff who are trying to prevent retaliation for incidents of sexual harassment and assault.

Colonel Christopher H. Engen, director of the Army SHARP Academy, said, "We are excited to begin leveraging the additional CTT content and the new BRAVE application in our SHARP education and training efforts. These latest innovations enable us to continually improve the breadth and rigor of the learning products available for use and benefit the Army as a whole."

Who are the Institute for Creative Technologies?

Founded in 1999, the ICT are based at The University of Southern California and are funded with millions of dollars a year by the US Army. They work alongside the Army Research Laboratory to produce training software, but also work with film and video game producers. According to their website:

Research projects explore and expand how people engage with computers, through virtual characters, video games and simulated scenarios. ICT is a recognized leader in the development of virtual humans who look, think and behave like real people.

Among the technology developed by ICT is their Light Stage, which enables high resolution photos and video capture in three dimensions. This has enabled the makers of Star Wars: Rogue One to graft Peter Cushing's face onto another actor's body to create the Grand Moff Tarkin character. It was also used to splice Dwayne "The Rock" Johnson's face onto a fat teenager's body for Central Intelligence. Other films that have benefited from ICT support include the remake of Point Break, Fast & Furious 7, Maleficent, Oblivion and TRON: Legacy.

The ICT do not formally work with the Pentagon's entertainment liaison offices and have no input on scripts or stories but they are used as part of the military's Hollywood operations. In 2010 the military-supported film The Dry Land, about soldiers with PTSD, was screened for the staff at the ICT. In 2011 the producers of Extreme Makeover: Home Edition were doing a military-themed episode about a soldier suffering from PTSD and toured the ICT as part of their research. In 2015 the Army's liaison office and the Los Angeles Recruiting Battalion worked with the ICT on a recruitment initiative based around STEM careers in the military, and senior Army staff regularly tour the ICT when visiting L.A.

The new anti-sexual harassment software developed by ICT can be accessed by US government personnel via the Army MilGaming portal but sadly it is not available to the public.