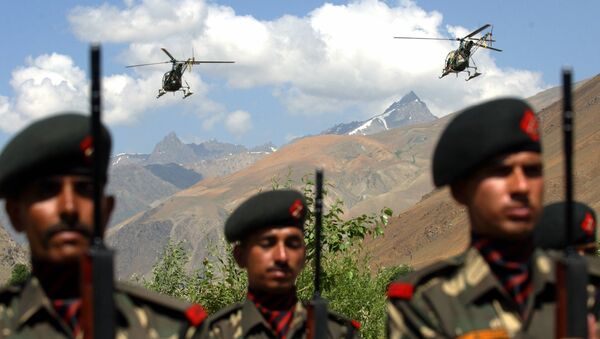 New Delhi has often described Mauritius as key to the security architecture of the Indian Ocean Region. Moreover, both countries share unique historical and cultural ties, especially with the island in the Indian Ocean having a large population of ethnic Indians who were taken there by British colonizers to work as indentured laborers.

New Delhi (Sputnik) — The Indian government has offered a $100 million credit to Mauritius for strengthening its defense capabilities. The $100 million, which would be used solely for defense procurement, is in addition to the $500 million credit line extended by Indian Prime Minister Narendra Modi during his visit to the island nation last year. During the visit, Modi had also signed a maritime pact with Mauritius, which, while maintaining political and security links with India, is now seen inching close to China to reorient itself as a financial center.

"India and Mauritius share common security concerns in the Indian Ocean Region. India has assisted Mauritius in the past by supplying patrol vessels. Taking this cooperation further, I am happy to announce today that India will supply a Multi-Purpose Offshore Patrol Vessel to Mauritius under a Line of Credit," Indian President Ramnath Kovind said on Tuesday after a meeting with Prime Minister of Mauritius Pravind Jugnauth in Port Louis.

Both countries signed several other agreements on the second day of the Indian President's visit to the island nation.

India has expedited its defense supply to Myanmar since 2015 with the commissioning of the 1,300-metric ton Indian-built offshore patrol vessel Barracuda, which was the first strategic sale to Mauritius amid the growing presence of China in the Indian Ocean Region. Mauritius followed up this order with the purchase of eleven 14.5m fast interceptor boats. India enjoys a monopoly over Mauritius forces' helicopter squadron.