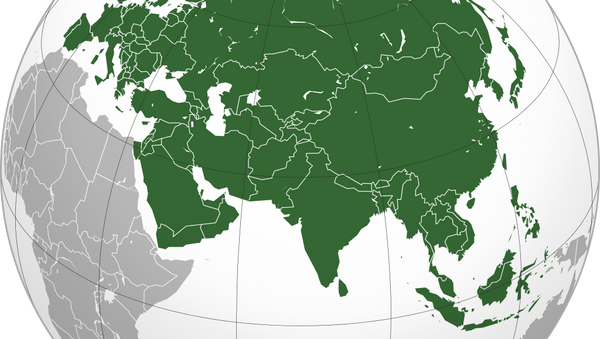 Professor Sergei A. Karaganov, one of the key economic and foreign policy advisors to Russian President Vladimir Putin, has said that the era of western military dominance is fast dwindling and that India and Russia along with China have an important role to play in the new world order.

New Delhi (Sputnik) — Professor Sergei A. Karaganov was invited by the Federation of Indian Chamber of Commerce and Industry (FICCI) in New Delhi to deliver a lecture on "The World to Come: The View of Russia on Eurasia." FICCI is celebrating 90 years of its existence.

"There is a panic within the American elite that they are losing control over the political process. The era of the military superiority of the west is over and economic dominance is crumbling in the absence of this superiority," Karaganov said in his lecture.

READ MORE: US Shooting Itself in the Foot by Targeting Russia, China, Iran

Karaganov opined that Eurasia will be the center of world geopolitics soon, and India, Russia, and China will play an important role in this process.

Upon introducing Professor Karaganov to the elite audience comprised of business leaders and media, FICCI General Secretary Sanjaya Baru said, "Prof. Karaganov is an important and influential member of the Russian Government though he holds no official position and has specialization in Russian foreign and defense policies, security and economic aspects of Russian-European interaction.

• Stability & development combined together is better than just democracy.

"The unipolar world order which existed between 1991 to 2008 is now over and Russia takes pride in that it played an important role in this process. The era of the bipolar world has no chance of returning and a multipolar world order is in the making," Karaganov said.

He underlined during his talk that the new set up calls for India to shoulder more responsibility.

Prof. Sergei A. Karaganov is Dean of the School of International Economics and Foreign Affairs of the National Research University — Higher School of Economics (NRU-HSE).

The views and opinions expressed by Sergei Karaganov are those of the speaker do not necessarily reflect those of Sputnik.