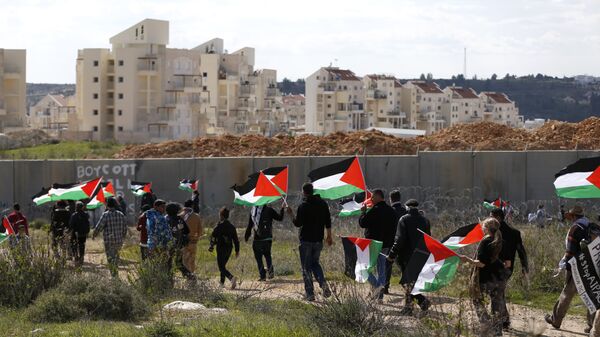 The US is finalizing its peace plan for the Israelis and Palestinians, according to a statement made by White House spokesman Josh Raffel earlier this week. The comment came after Abbas criticized the Trump administration for recognizing Jerusalem as Israel's capital, while expressed no interest in the pending American plan.

Sputnik discussed this with Abdul Sattar Qassem a political science professor at an-Najah University in Nablus.

Sputnik: During his speech at the UN, the Palestinian President urged the establishment of a multilateral international mechanism for future peace talks. Which countries could this mechanism be comprised of?

Palestine Ready for Direct Talks With Israel - Minister
Another thing here — Abbas has been roaming the international community, he has been going to the international institutions trying to get resolutions [submitted to] the United Nations and so on, and we have hundreds of resolutions in favor of the Palestinian question. What have the Palestinians gained from these resolutions? Until now they have gained nothing. These resolutions haven't changed one bit the real lives of Palestinian individuals, so we have been wasting time, effort and money, we have to rethink. Abbas is in the international institutions all the time, he doesn't go there as a strong man, he goes there as a weak person. In his speeches, he [always] tries to exhibit his weakness, and this is not the way to play diplomacy.