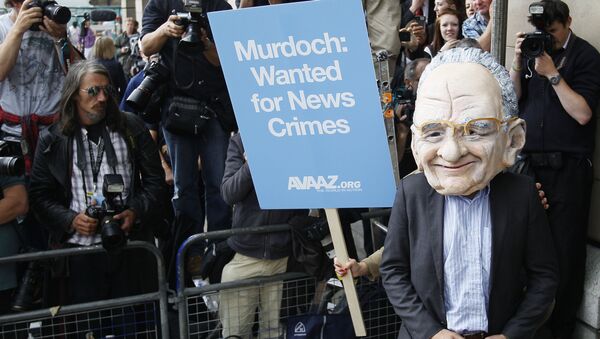 The final decision is expected to be made by May 1, when the UK authority will send its report to the secretary of state for culture, media and sport.

Britain's competition regulator, the Competition and Markets authority, has issued a preliminary ruling that 21st Century Fox's planned takeover of Sky plc is not in the public interest.

According to chair of the regulator's probe Anne Lambert, the deal "will result in the Murdoch family having too much control over news providers in the UK and too much influence over public opinion and the political agenda."

However, the final decision is expected to be made by May 1, when the authority will send its report to the secretary of state for culture, media and sport.

Murdoch and the 21st Century Fox have yet to comment on the statement.

In November 2017 Ken Clarke, who served as the Justice Secretary in David Cameron's Cabinet, claimed that the former British prime minister could have made a deal with Rupert Murdoch, who deployed his media empire to help the Convservative Party win the 2010 election in exchange for expanded influence. The claim has, however, never been confirmed neither by David Cameron, nor by the media mogul himself.

The Australian-born US media mogul has full control as Chairman and CEO of global media holding company News Corporation, now the world's second-largest conglomerate, and its successors, News Corp and 21st Century Fox, after the conglomerate split in 2013. In 2016, he was named the acting CEO of Fox News.