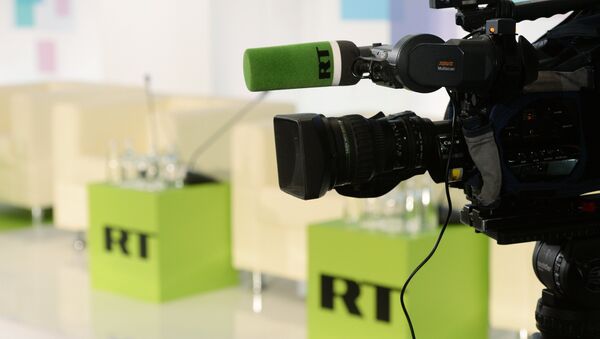 Nguyen Dang Phat, chief editor of Vietnam’s “Bach Duong” magazine and Vladimir Kolotov, a Russian political scientist, shared their views on the recent inquiry by US senators about whether Chinese state media should be registered as “foreign agents.”

The US keeps advancing on foreign media: after forcing Russian media to register as foreign agents, a group of American senators recently asked the Justice Department to clarify whether Chinese media will need to be registered as well, Foreign Policy reports. The senators argue that some media controlled by the Chinese government, "spread propaganda both inside the country and on international level," comparing them to Russian RT and Sputnik.

In an interview with Sputnik, Nguyen, a renowned Vietnamese journalist, commented on the policing of the media by American authorities.

"I've been watching the confrontation between the US and Russia in media spaces for a year very closely. The US Justice Department demanded that Russian media register as foreign agents. In accordance to this demand, Russian TV channel RT America has acted under this status since November 13, 2017, and according to RT's chief editor, Margarita Simonyan, this has caused a lot of complications for the channel's activity in the United States. It is a known fact that many other Russian journalists working in the US are also encountering obstacles. […] Russia had to respond by introducing changes to its Press Law, according to which foreign media operating in Russia financed from abroad are ‘foreign agents.' Just recently the United States started introducing constraints for Chinese newspapers working in the United States."

"I think that these constraints are displays of political tensions between the US and Russia, the US and China. The US seek to impose a unipolar world, where they will reign, while Russian and Chinese policy aims toward a multipolar, multicentral world order and contradictions between these two forces lead to rising tensions in many areas."

The West seeks to shut the mouths of those who speak the truth — that was how Kolotov summarized his opinion on the issue.

"The Foreign Agents Registration Act, introduced in 1938 and applied now to Sputnik, was initially intended to fight Nazi propaganda. Because of rising political struggles in different areas and different theaters of war, the US and its allies have to face the question of securing a dominating position in the media. Since they cannot compete fairly in a free market of informational services, the information they spread is pure propaganda. Some information does not correspond with reality: they just seek to shut the mouths of foreign media in order to prevent their population from discovering the truth."

"We see the widespread nature of the so-called hybrid wars that incorporate elements of information and psychological warfare, when strong efforts are made to discredit and demoralize the adversary, to fool them, to make them make wrong decisions based on false information. In international conflicts, the West creates informational phantoms, which are a cocktail of true information, disinformation and half-truths. All this is mixed and served under a sauce of the only right view of the world — the Western one. When the Western viewer can watch and listen to a Russian channel, read Russian media, their eyes open, because Russian media's information is closer to reality," Kolotov said.

"Western mainstream media carries lies all over the world and this leads to tragic consequences. One of the most colorful examples is Iraq. Speaking before the UN Security Council, [US Secretary of State] General Colin Powell shook the test tube allegedly containing a biological weapon found in Iraq — which was never there. The result is a destroyed country, millions of deaths and the rise of the [Daesh] terror group, which has been finished by Russia, on Iraq's territory. But [to America] those who speak the truth must be silenced, because truth is the power that can break the strongest walls and most devious designs," the expert concluded.