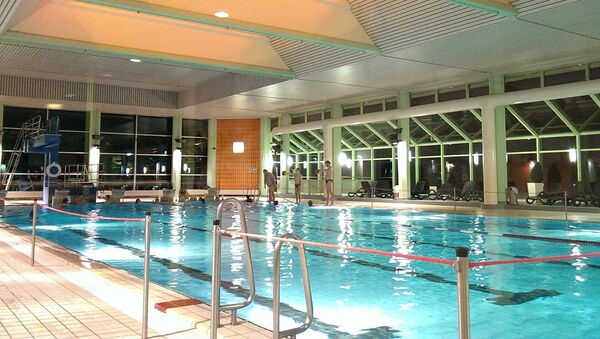 Due to high demand among Muslim asylum-seekers wishing to convert to Christianity, "fast-track" baptism procedures have arisen in Finland. In the city of Oulu, a swimming pool has been repurposed for the traditional sacrament.

The Church of Finland has been highly critical of the religious innovation, which was pioneered by parishes that don't belong to the Evangelical Lutheran Church, but it is powerless to stop it. According to the Church of Finland, converts generally have little understanding of their newfound religion.

In the city of Oulu in northern Finland, baptism is administered in the Raksila swimming pool during its opening hours. The independent assembly Oulun Lähetysseurakunta attempts to carry out its baptism routines when there are few swimmers around.

In 2017, a dozen people were baptized in the swimming pool, all of them asylum seekers, congregation pastor Jari Ruonala said. The baptism procedure is preceded by a short Bible introduction in English, which is subsequently translated into Arabic by those more proficient in the language, followed by a blessing from the pastor.

"If the asylum seekers who have been 'express'-baptized do not fully understand what they have done, it is very worrying," Church Council refugee expert Marja-Liisa Laihia told national broadcaster Yle.

Born Again? Denmark Puzzled by Refugees' 'Christian Awakening'
According to Laihia, the main problem is the virtually non-existent Bible studies, which are otherwise considered a must for the conversion procedure.

"Certainly, we have had people with an Islamic background coming to Finland before. Should they seek to convert to Christianity, we have always emphasized that the teaching time for getting familiar with the Bible and the Christian faith should be long enough, lasting for several months if necessary," Laihia said.

Oddly enough, the baptism procedures came as a complete surprise for the swimming pool officials.
"It appears that they have been so discreet that we haven't even noticed it. We have to show common sense though. Should this happen again, we need to point out that the swimming pool is for swimming only," swimming pool manager Jari Leviäkangas said.

Pastor Jari Ruonala defended the swimming pool ceremonies, stressing that baptized converts do not automatically become parishioners. According to pastor Árpád Kovács of the Oulu Evangelical-Lutheran Assembly, though, this unclear status may further increase the asylum seekers' confusion.

According to Laihia, there are two main reasons for baptism. One is out of a sincere interest in Christianity, while the other is as a last-ditch attempt, a last straw to get asylum. "Fast-track" baptism has become a major issue for the Migration Board, which also happens to undermine the credibility of the Evangelical-Lutheran Church.

In the past year, Finland saw a tsunami of conversions from Islam to Christianity, with asylum seekers from the Middle East turning to the Christian faith. Although no exact statistics are being kept on the subject, conservative estimates suggest several hundred in recent years. For this reason, confirmations classes for immigrants seeking conversion have been established.