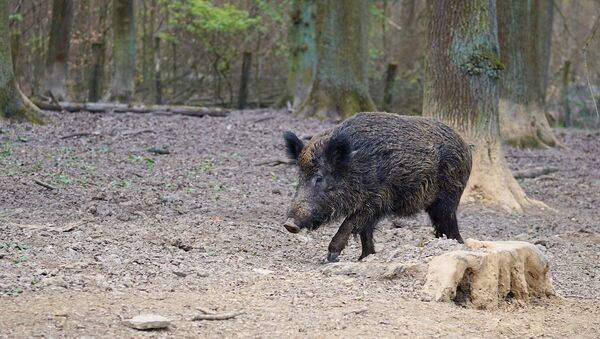 In order to prevent the spread of the virus across Europe, the German farmers' association called for drastic measures as the infection has already been reported in pigs in a number of eastern and central European countries.

Some 70% of Germany's wild boar population, including mother animals and infants, must be killed in order to prevent the African Swine Fever (ASF) from taking hold over Germany, Werner Schwarz, the vice-president of the German farmers' association, told the Rheinische Post.

If the radical measures are not taken, the infection is likely to affect the German pig population, which would have a drastic impact on the country and Europe as a whole, farmers believe.

He also noted that it would be more humane to kill the animals than let them die of the infection.

In his turn, President of the German farmers' association Joachim Rukwied warned that an outbreak of the African swine fever in Germany would have "catastrophic consequences" for pig farmers.

"The markets would collapse," he told the Heilbronner Stimme newspaper, adding that "all preventive measures against the disease must be taken".

Agriculture Minister Christian Schmidt agreed with this point of view.

"In order to achieve the goal of the reduction of wild boar numbers we need to lift the close season on hunting," he said.

At the same, the German Environment and Nature Protection Association rejected the step, arguing that the move won't bring any positive results.

James Brückner, a representative of the association, said that the boar take advantage of Germany's 2.5 million hectares of corn fields, where they find lots of food and spots to hide.

According to him, the only effective way to get the situation under control is to diversify agricultural production.

"Lifting the close season on hunting is not acceptable," he added.

The ASF is a deadly virus that affects pigs, but it causes no obvious disease in other animals. Humans are also not susceptible to the infection.