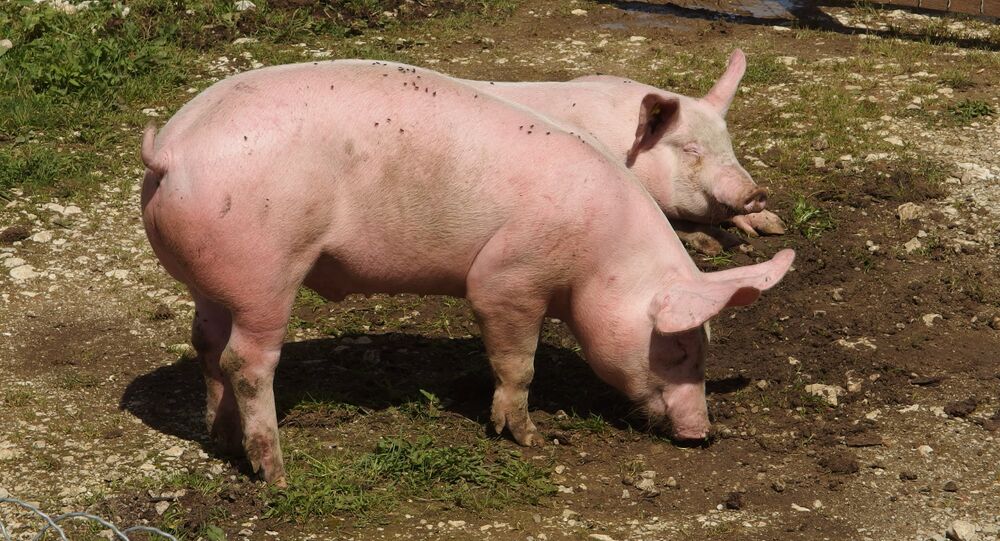 The Russian agricultural watchdog said that the situation with the African swine fever in the region proved the timeliness and the truthfulness of Moscow's measures to ban pork deliveries from EU member states, such as Poland.

MOSCOW (Sputnik) — The situation with African swine fever (ASF) virus in Poland and in the three Baltic nations has significantly worsened, Russia's agricultural watchdog Rosselkhoznadzor said in a statement on Friday.

"Starting from the registration of the first case of the ASF in Eastern Europe in January 2014, the episodic situation with this disease has worsened fast, spreading over more and more territories of Latvia, Lithuania, Estonia and Poland… The existing dynamics of the spread of the ASF in Eastern European countries… makes to review the regionalization of unfavorable territories and territories located in the hazard areas almost every week," the statement said.

According to the statement, the situation with the ASF in the region proved the timeliness and the truthfulness of Rosselkhoznadzor's measures to ban pork deliveries from EU member states, such as Poland.

© AFP 2020 / THOMAS COEX
WTO Ruling on EU-Russia Pork Import Ban Dispute 'Political'
Rosselkhoznadzor banned pork imports from EU member states in January, 2014, after an outbreak of the disease was recorded among pigs in Lithuania. Another outbreak has been recorded in Poland. Russia requested guarantees from EU authorities, which responded by calling the ban excessive and asked the World Trade Organization (WTO) to form a panel to resolve the dispute.

Earlier in the day, a WTO panel supported an EU case against Russia linked to Moscow banning pork products imports from the 28-nation bloc.

The ASF affects domestic pigs, warthogs and wild pigs. There is no vaccine or treatment. The virus is very stable and can remain in produce for months. African swine fever is not dangerous for humans.