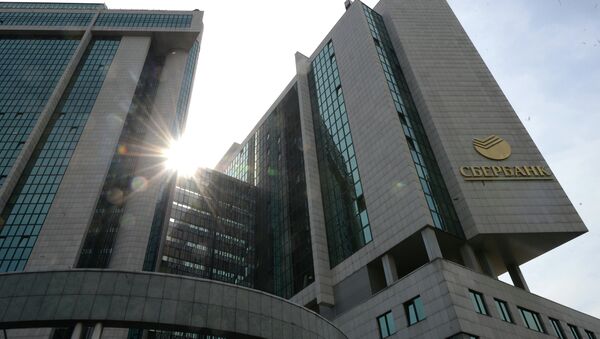 Blockchain technology is a distributed and transparent computing system that uses cryptography to store information in a continuously growing list of records, called blocks.

Russia's major bank Sberbank has opened a laboratory that will conduct research on the latest blockchain technologies.

"Sberbank has opened a laboratory that will conduct research on the latest blockchain technologies, form and propose ideas based on the blockchain, create prototypes, pilot programs and business applications for Sberbank," the statement reads.

According to the bank, the blockchain laboratory will interact with other Sberbank laboratories. Moreover, the laboratory will provide services for other market participants, like start-up companies and business associations. The laboratory pursues the aim of popularizing blockchain technology as well as making educational programs in the sphere.

"Blockchain can significantly change many business areas within the financial market, traditional banking and client servicing. The development and the implementation of the newest technologies is not just a part of Sberbank's competitiveness, but a set piece of the bank's future as a technology company. The blockchain is an instrument that improves the effectiveness of cooperation between the market participants. Thus, by creating the laboratory, Sberbank is contributing to the future of the banking system and Russia itself," Sberbank's Senior Vice-President Igor Bulantsev said.

Sberbank has created more than 20 blockchain pilot projects in cooperation with other Russian companies.

Blockchain and Cryptocurrency in Russia

Gov'ts Need to Learn About Blockchain Before Implementing Regulations - Analysts
At the same time, VEB's chairman Sergei Gorkov said in December that the company was cooperating with Rosreestr (The Federal Service for State Registration, Cadastre and Cartography) to launch a blockchain-based project to register real estate in 2018.

Meanwhile, Russia has already made several attempts in recent years to create cryptocurrencies with government involvement – for instance, the national research institute Innovative Technologies developed the Bitcoin analog RuCoin. It has already been added to some global trade platforms and its developers have attracted over $200,000 in investment.