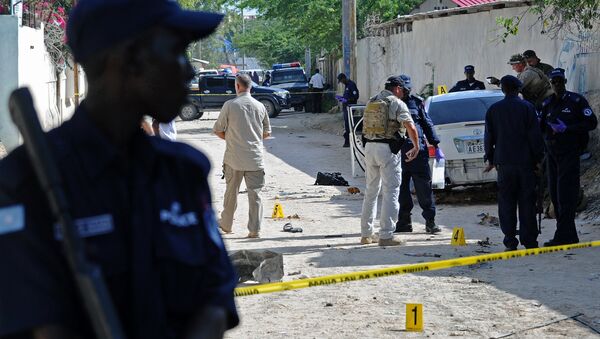 WASHINGTON (Sputnik) - UNESCO condemned the recent killing of journalist Mohamed Ibrahim Gabow in Somali and has called for an investigation into his death, the United Nations agency's Director-General Audrey Azoulay said in a statement on Thursday.

"I condemn the killing of Mohamed Ibrahim Gabow," Azoulay said. "I call on the Somali authorities to spare no effort in bringing to trial those responsible for this attack on the human rights of freedom of expression and freedom of information."

Gabow, a television presenter for the Mogadishu-based Kalsan TV, was killed on December 11 in the Somali capital when a bomb planted in his car detonated, according to local media reports.

RIP Mohamed Ibrahim #Gabow: Somalia is one of the most dangerous places in the world for reporters. According to the Committee to Protect Journalists, at least 28 journalists have been murdered in Somalia since 2005. pic.twitter.com/Qfx1HLnCTr

Somalia has been engulfed in violence since the eruption of a civil war between clan-based armed factions in the early 1990s. Al-Shabab, an affiliate of the Al-Qaeda terror network, has been staging numerous attacks in the country in an attempt to implement strict Sharia law.