Chechen Leader on Sanctions: US Cannot Forgive Me for Fight Against Terrorists 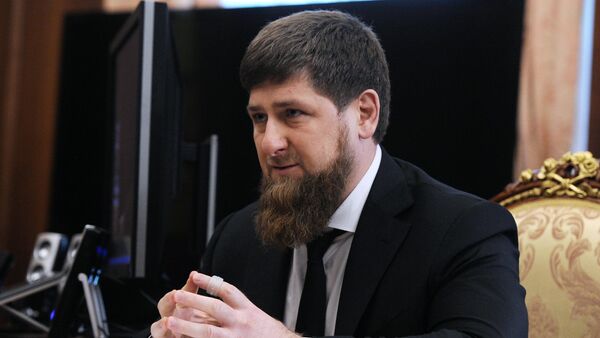 The head of Chechnya, a Russian republic in the North Caucasus, Ramzan Kadyrov, has slammed the US over including him in the Magnitsky Act sanctions list.

"I can be proud if I am not convenient for US special services. In fact, the US cannot forgive me for devoting my life to fighting foreign terrorists; the American special services' proteges were among them. There is peace and stability in Chechnya. And the US sheds blood all over the world!" Ramzan Kadyrov wrote on Instagram.

The United States has imposed sanctions against five Russian nationals including Ramzan Kadyrov under the Magnitsky Act, the US Department of the Treasury said in a release on Wednesday.

The US Treasury claimed that Kadyrov was designated in the list "for being responsible for extrajudicial killing, torture, or other gross violations of internationally recognized human rights committed against individuals seeking to expose illegal activity carried out by officials of the Government of the Russian Federation."

A Russian senator, Andrei Klimov, told Sputnik that he was surprised to see Kadyrov in the sanctions list as "he was less than anyone else linked to the Magnitsky case."