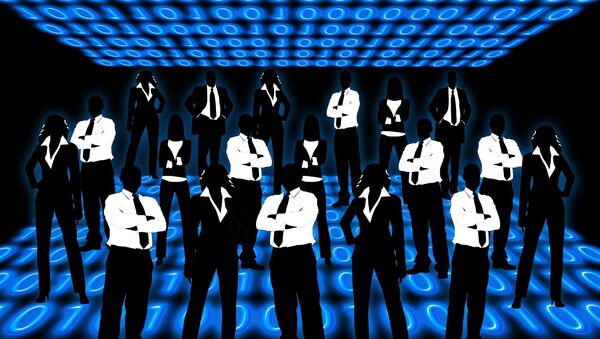 © Photo : Pixabay
Subscribe
Many members of the US Congress, mostly Democrats, launched a fight to overturn a decision by the Federal Communications Commission (FCC) to end a two-year-old set of regulations intended to enforce net neutrality.

WASHINGTON (Sputnik) — Earlier on Thursday the FCC voted 3-2 to end a 2015 regulation that defined the internet as a public utility. Net neutrality forbids internet service providers from slowing or blocking content from competitors.

"Today the FCC took a wrecking ball to the pillars of freedom and openness upon which the Internet was built," Senator Patrick Leahy said.

Former presidential hopeful and Senator Bernie Sanders said the FCC’s decision spells "the end of the internet as we know it."

"In Congress and the courts we must fight back," Sanders said.

Senator Jack Reed called on lawmakers to use the Congressional Review Act to reinstate net neutrality, warning that the FCC decision "could be the start of more restrictive access to the internet."

Prior to the vote, FCC chairman Ajit Pai called net neutrality a solution in search of a problem. "There was no problem to solve," he said.

Pai noted that investment in new technologies by internet service providers and start-up companies had dropped in the past two years, compared with the previous decade, when the internet was unregulated.

"Think about how they [net neutrality rules] will affect the internet we need 10 to 20 years from now," Pai said. "The digital world bears no resemblance to a water pipe or an electric line or a sewer."

Republican Congressman John Curtiss was one of the few lawmakers supporting the decision of the FCC, echoing other opponents of net neutrality rules who fear that heavy-handed regulation would stifle innovation.

Meanwhile, the Indigenous Environmental Network said in a statementhe FCC decision may hurt Native Americans' ability to organize and protest.

"This decision could potentially harm our ability to organize as we depend on various websites to mobilize and to share our stories from the front lines," the statement said on Thursday.

Three US States to File Lawsuits to Stop Net Neutrality Rollback
The Indigenous Environmental Network said if fees become mandatory for use of certain websites, then grassroots organizations will struggle to operate.

The advocacy group noted that Native Nations such as the Standing Rock Sioux Tribe utilized social media as means to broadcast its battle against the Dakota Access pipeline.

The gathering of Native American nations was possible largely because of equal access to the internet, the Indigenous Environmental Network said.

000000
Popular comments
It is clear that the US needs a different type of regulator! Not a band of globalist Nazis! One of freedom of speech and expression. Those who would enslave humanity need to be shunned and ignored, if need be arrested and charged.
Zrack
15 December 2017, 07:49 GMT
000000
The whole idea IS to stifle and silence REAL news and suffocate it, leaving only government propaganda!! When will the rest of the population wake up?? It's nothing to do with"falling" investment in the net!!!