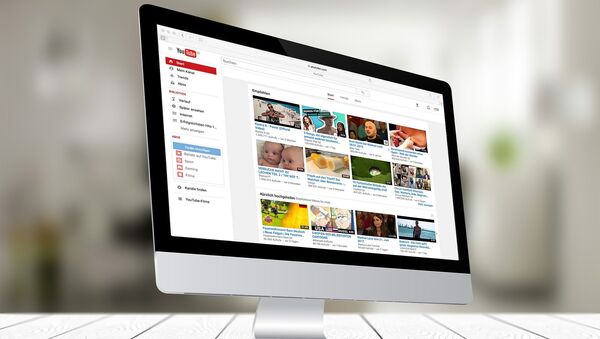 Several major brands, including Mars, Deutsche Bank and Adidas, have suspended  advertising on YouTube following  media reports revealed that their ads were being shown alongside inappropriate content, Bloomberg reported.

According to a recent report by The Times, such companies as Deutsche Bank, Amazon, eBay, Mars, Adidas and dozens of other well-known brands were advertising on YouTube videos where children in disturbing and abusive situations were depicted and attracting inappropriate sexual comments from viewers.

"We take this matter very seriously and suspended the advertising campaign as soon as we became aware of it," Deutsche Bank said in a statement, adding that it is investigating how the situation arose.

Mars said it will not work with Google until "we have confidence that appropriate safeguards are in place."

"We are shocked and appalled to see that our adverts have appeared alongside such exploitative and inappropriate content. We have taken the decision to immediately suspend all our online advertising on YouTube and Google globally," the company said.

Earlier this week, Buzzfeed also reported about disturbing and exploitive videos of children on the Google-owned digital platform. Many of those videos have millions of views. The company responded to the report, saying it has been terminating such channels and removing videos bordering on child abuse.

The report has added to the criticism of YouTube that its mechanism to moderate user-generated content is insufficient. Earlier this year, some advertisers had already threatened to boycott the platform after finding out that their ads were shown next to jihadist videos.
YouTube said in a statement that the company is working to improve safeguards.