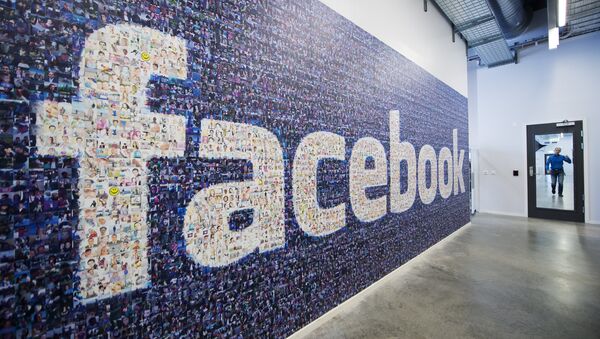 The new tool will be available by the end of the year, marking a new step by the social media giant amid the ongoing investigation into alleged Russian attempts to influence the outcome of the 2016 presidential election in the US via ads on digital platforms.

Facebook has announced it is now developing a portal that will allow its users to see whether they liked or followed pages sponsored by Russia-linked accounts.

​The company justifies the move, saying it is aimed against "bad actors who try to undermine our democracy."

"It is important that people understand how foreign actors tried to sow division and mistrust using Facebook before and after the 2016 US election," the statement read.

The tool will be initially available to US users of the social media. A spokesperson for Facebook told RT that the service will apply specifically to accounts allegedly linked to the Internet Research Agency (IRA). Thus, if a person did not personally follow content linked to the IRA he or she may never know if they were exposed to it; for example, if content was shared by a friend and then promoted to the newsfeed. The company clarified that the use of the mechanism would not be publically disclosed and would not show up in a user’s newsfeed.

The announcement has prompted mixed reactions on social media, with many users criticizing the company.

So Facebook is going to notify people that they have fallen prey to Russian misinfo. But who determines if it is or is not from Russia?

Sounds to me like just another way suppress voices they don’t like, ie anyone on the right. Your thoughts? https://t.co/4Pxc16NE78

How ridiculous is this? I can promise Facebook & everyone else that Russia had ZERO influence on my choices during the election. Can't stand Hillary and I never could! She will NEVER have my vote! https://t.co/AiHENkEJrU

So Facebook will tell us if we were influenced by Russia?
Awsome!
Will they explain in detail how they have influenced the whole world? And how they plan on continually influencing every form of social interaction? Whilst selling out personal information to big corporations?

Ok how can we see if users follow American or European 'propaganda'?:') Because Russia is the only bad guy in the world obviously!!!https://t.co/fqiUCeHsJb

Nearly 150 million users on Facebook and Instagram may have seen ads by the Internet Research Agency, a structure allegedly linked to the Russian government, the company previously told US investigators, as part of an ongoing probe into alleged Russian meddling in the 2016 election in the US. Russia has denied the allegations, saying Moscow never interferes with other countries’ domestic affairs, including through digital ads.