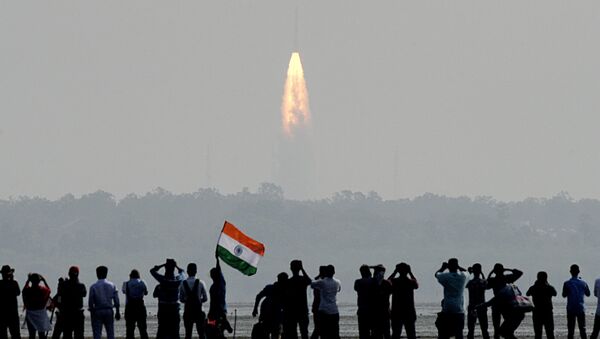 The Indian Space Research Organization says it is ready to further slash its fee for launching satellites after China announced its plans to bring prices down to $5,000 a kilogram.

New Delhi — The Indian Space Research Organization (ISRO) has said that it is working to bring down the cost of launching satellites to one-tenth of the current cost. The statement comes in the aftermath of the Chinese state-owned space agency, China Aerospace Science and Technological Corporation's (CASC) claim that it was "ready to provide cheaper and faster low-earth orbit rocket launches" and "the price could be as low as $5,000 per kilogram and the pre-launch preparation would only need a week." The comments came from CASC's vice-president Yang Baohua during a conference in Beijing last week.

ISRO, which has recently made rapid strides in the cost-effective launching of satellites for other countries, including a record launch of 104 satellites at one go, is competing with the likes of CASC and others in creating a niche for itself on the global market.

"We are quite competitive. At this moment, India is quite competitive with regard to prevailing global launch costs. So far, India has launched 209 satellites of nano, micro, mini, and standard size for 28 countries. There is a global move to reduce the cost of access to space to the tune of one-tenth of the prevailing one. India is also working towards that. India is developing reusable launch vehicles. We have successfully tested a mission — RLV-TD and Scanjet —TD — in that direction, with TD standing for a technology demonstrator. Efforts are being made for the full-fledged development of such systems," Deviprasad Karnik, spokesperson, ISRO was quoted as saying by the Hindustan Times.

Science & Tech
China's BeiDou Navigation Satellite System Expands Into a Global Network
The size of the global space launch industry is estimated to be worth $336 billion, with all major players eyeing a share in the pie. In recent years, ISRO's cost-effective pricing and its high success rate, particularly in launching small satellites, has helped it build a rapport with foreign clients. ISRO reportedly charged an average $3 million per satellite between 2013 and 2015.

So far, ISRO has done launches for 28 countries, including Germany, Canada, the Netherlands and Israel. Experts say the cost-effectiveness of ISRO's satellite launches has been appreciated across the globe.

"There is a high probability of overall costs coming down in the future with ISRO aiming to create an ecosystem where the bulk of supplies and parts will be provided by private players. Many of these technologies will be applied in other aspects and with the scale of production aimed at, better optimization of resources will happen. But, let's be clear these will happen in other countries as well. So what is now working in ISRO's favor currently is greater transparency and better communication with clients," Group Captain Ajey Lele, (Retd.) & Senior Fellow, at the Institute for Defense Studies and Analyses told Sputnik.

"India's successful launch of a record-breaking 104 satellites into orbit could serve as a wake-up call for China's commercial space industry and there are a number of lessons for the country to learn," China's state-run Global Times wrote after ISRO broke the Russian record for launching the highest number of satellites at one go in February.