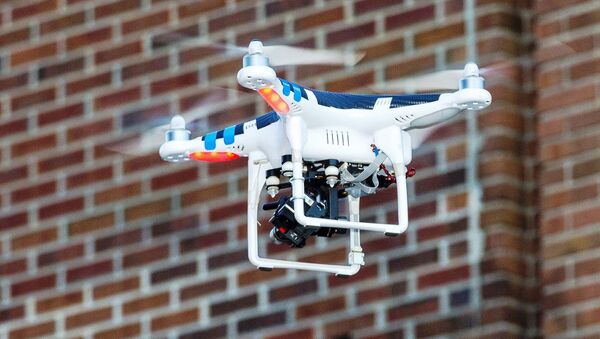 E-commerce companies like Amazon and Flipkart have been lobbying for government approval for the delivery of goods to the vast segments of rural India, which are still not connected with fast delivery services.

New Delhi (Sputnik) — India's civil aviation ministry has proposed rules for the use of drones in the country as it looks to legalize the use of unmanned aerial systems for commercial purposes like the delivery of goods and services to the hinterland. Presently, the general public in India can't fly a drone without the government's approval.

The rules unveiled by India's aviation regulator, namely the Directorate General of Civil Aviation (DGCA), classified drones into four groups based on weight. For a payload of up to 250 grams flying at a maximum height of 50 feet, a one-time registration for the operating agency is enough. However, for payloads of more than two kilograms, the operator has to get security clearance each time the drone is operated.

"Regulation of drones is a very difficult prospect in a country like India. We have extensively pondered over the security aspect and consulted global examples. This is a very progressive policy, which will increase the ease of doing business," said Jayant Sinha, India's minister of state for civil aviation.

China Tests Tiny Drones in Near Space ‘Death Zone’
part from e-commerce companies, the government expects that drones would have extensive use in the agriculture and mining sectors. The policy is expected to be notified by the end of the year.

Nevertheless, the areas specified by the home ministry as no flying zones for drones, like certain zones near airports, the country's borders and the Parliament in New Delhi, will remain effective and violators will be charged under provisions of the Indian penal code. According to the proposed rules, areas less than 50 kilometers from the international border would be designated "no drone zones."