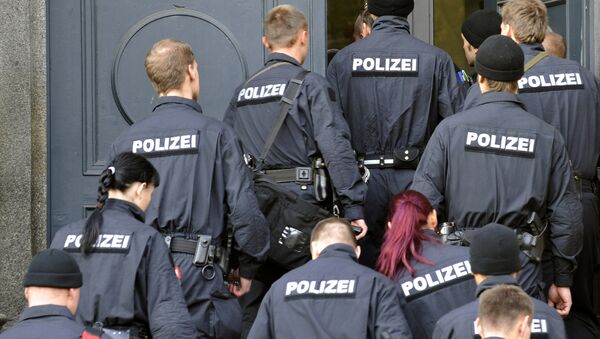 A bomb-making material has been seized in the suspect's home.

BERLIN (Sputnik) — German police have averted a terrorist attack in the country by detaining a Syrian national in the northern city of Schwerin, according to Interior Minister Thomas de Maiziere.

"German security authorities, under the auspices of the Federal Office for the Protection of the Constitution and the Federal Criminal Police Office, have again prevented a major terrorist attack in Germany. As far as we know, the detention happened at just the right moment," Maiziere said in a statement.

Earlier in the day, the German Prosecutor General’s Office said that the German police had apprehended a 19-year-old Syrian citizen and seized bomb-making material at his home.

No further details have been available.

The terror threat in Europe remains high following a series of deadly attacks that has hit numerous European cities, such as Berlin, Paris, Brussels, Nice, London, Stockholm, Barcelona, and more recently London, over the past few years.