US Judge Blocks Trump Ban on Transgenders Serving in Military 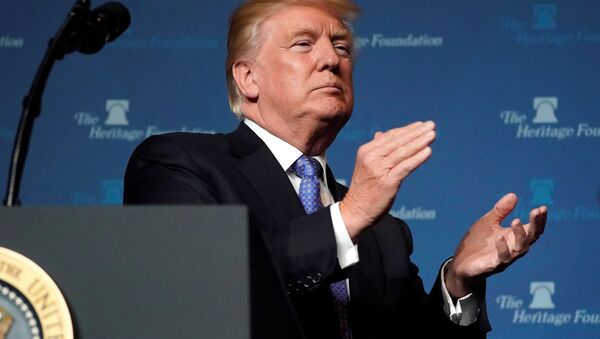 © REUTERS / Joshua Roberts
Subscribe
International
India
Africa
The decision by a US federal judge comes after US President Donald Trump's decision to revise transgender admission to the US military.

WASHINGTON (Sputnik) — A US federal judge on Monday blocked enforcement of President Donald Trump's directive to ban transgender individuals from military service, according to a court document.

"Plaintiffs' motion for preliminary injunction is granted, however, in that the court will preliminarily enjoin Defendants from enforcing the following directives of the Presidential Memorandum, referred to by the court as the Accession and Retention Directive."

Trump first announced his intention to reinstate a ban transgender people serving in the US military in any capacity on July 16. The president's message on Twitter sparked immediate criticism of Democrats and prompted rights group to file a lawsuit against the Trump administration.

Trump Orders Pentagon to Stop Accepting Transgender Persons to US Military
Despite all the critisism, Trump has ordered the US military to abandon an Obama administration initiative to recruit transgender individuals for military service and also banned the Defense Department from providing medical treatment — including sex-change operations — to service members suffering from a condition known as gender dysphoria.

The Trump administration has argued that gender dysphoria is a medical condition that should disqualify people from military service.