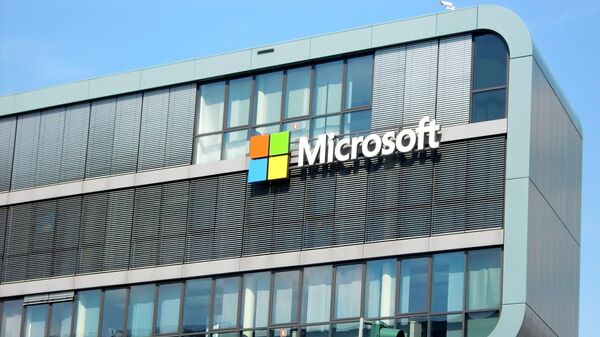 The US Supreme Court agreed Monday to decide whether a valid search warrant from a federal judge vests law enforcement authorities with the right to demand access to data stored by American tech firms on overseas servers.

The decision is related to an ongoing criminal investigation in which law enforcement officials have demanded that Microsoft hand over emails stored on a server in Ireland that the US government believes would yield evidence of drug trafficking. Microsoft refused to comply, saying that the Stored Communications Act doesn't extend to data kept outside the country.

News analyst Daniel Sankey in an interview with Radio Sputnik described the case as "extremely significant," saying that the US government was crossing the line again by not only putting the privacy rights of American citizens at risk, but also jeopardizing foreigners' rights to rely on their countries' privacy protection laws.

"What's important about this is that the DEA [Drug Enforcement Administration] and the Department of Justice are trying to set up a precedent wherein if they can gain access to this information overseas, if a legal precedent can be set, then in the future they can use that legal precedent to obtain some more data overseas," Sankey said during the Loud & Clear broadcast.

"And this of course concerns a lot of people, especially folks in Europe whose data might be stored there [who] now might suddenly have their information gathered by a foreign law enforcement agency which has no authority in their country," he said.

​Privacy became a matter of particular concern for tech corps' international clients after Edward Snowden's US surveillance revelations four years ago. Microsoft argued that "digital content should have the same privacy protections as physical content" and called for Congress to pass new legislation, saying "the current laws were written for the era of the floppy disk, not the world of the cloud."

EU Commission Confirms Denial of Russian Kaspersky Lab's Anti-Microsoft File
"People including Microsoft's customers in Europe and around the world have a reasonable expectation of privacy. It is part of their business model for corporations that don't want to be subject to industrial espionage, and so they need to be able to know that their data is safe," editorial cartoonist and columnist Ted Rall told Radio Sputnik. "What the US is asserting is this right to go and get data that… they could easily access simply by going through proper channels."

He pointed out that it is not unprecedented for the US government to try carry its laws overseas, but similar behavior from other states would be perceived as unacceptable.

"Imagine if the People's Republic of China… [was] requesting and demanding data from other countries where US citizens information was stored," Sankey said. "There'd be a huge consternation in Washington. People would think it is unacceptable. And that's exactly what is happening here, only in the reverse, where the US is overstepping its bounds and trying to get access to that data."