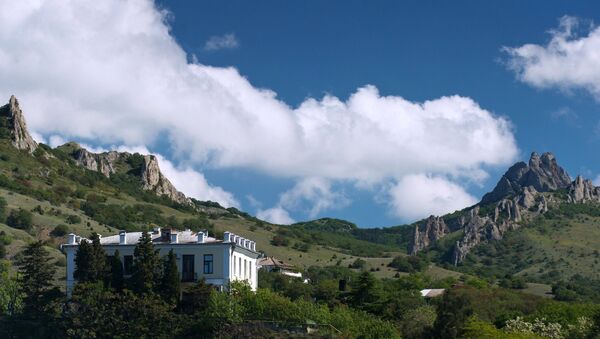 A Norwegian delegation comprising 11 Norwegian politicians and businessmen has underlined the necessity of signing an agreement on cooperation with Crimea after a week-long visit to the peninsula.

SIMFEROPOL (Sputnik) — A Norwegian delegation has expressed its willingness to cooperate with Crimea and establish friendly relations with the Russian region after paying an official visit to the peninsula, member of the Crimean parliament Yury Gempel told Sputnik on Monday.

The delegation comprising 11 Norwegian politicians and businessmen, as well as two German lawmakers, started its week-long visit to the peninsula on Thursday.

"They [the delegation] have underlined the necessity of establishing partnership and friendly ties with Crimea. The Norwegians visited Crimea and said that an agreement on cooperation should be signed," Gempel, who is a deputy chairman of the Parliamentary Committee on Interethnic relations, said.

The delegation spoke in favor of cooperation after the members had the chance to meet the locals and see the real state of affairs in the region, according to the official.

The delegation's visit agenda includes a meeting with Crimean parliament speaker Vladimir Konstantinov and local government, as well as a visit to the international children's camp Artek and to the regional children's hospital.

In late September, Crimean Deputy Prime Minister Georgy Muradov said that over 100 foreign delegations alongside prominent political and public persons had visited Crimea over the past year and a half.

Crimea rejoined Russia in 2014, when 97 percent of the peninsula's residents voted in favor of the move in a referendum. Despite this, the reunification was not recognized by the majority of the Western countries, including EU member states, which subsequently imposed economic and political sanctions on Moscow. Moscow has repeatedly said that the referendum was conducted in compliance with international law.