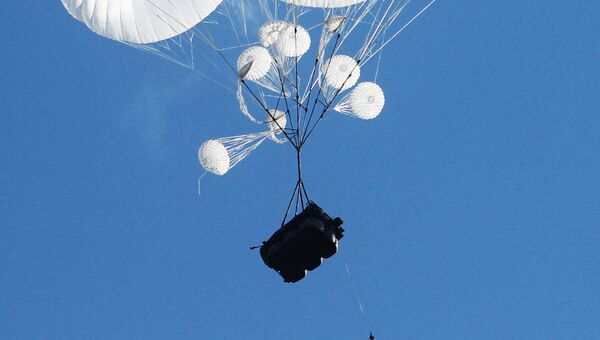 The design bureau tasked with creating the next-gen self-propelled artillery system for the Russian Airborne Forces confirmed that the new 'Lotus' 120mm air-droppable artillery piece would be ready for state testing and adoption by 2019. Military observer Andrei Stanavov explains what prompted Airborne to request a brand new mobile artillery piece.

Asked what differentiates the new vehicle from the secretive Zauralets-D self-propelled artillery piece it's based on, Semizorov told reporters that the new system will include major improvements, from futureproof ammunition, to a new turret profile, new control system, improved chassis, and a new gun with a longer service life.

Russian Airborne Forces doctrine calls for infantry and light armor units alike to descend from the sky virtually on top of the enemy, wreaking havoc on enemy communications, clearing bridgeheads, and destroying support and supply units far behind enemy lines.

Accordingly, in situations when the Airborne Troops are separated from the main group of forces, powerful artillery support becomes not just a luxury, but a vital necessity.

King of the Skies: Russia Starts Delivering MiG-29 Warplanes to Serbia
The main difference between airborne self-propelled artillery systems and their Army 'cousins' is of course their airdrop capability, including manned drops. The vehicles must be lightweight, while retaining the reliability, protection, and firing characteristics of their land-based cousins. Russian air-drop-capable artillery has long featured automatic rifle-resistant aluminum armor, as well as strong grades of steel.

The Airborne Troops' existing systems include the 120mm 2S9 Nona-S, an upgrade on a late Soviet-era design which proved its effectiveness in Afghanistan, as well as the 125mm 2S25 Sprut-SD, a more modern design introduced in the mid-2000s.

The Sprut (literal translation 'Kraken') was developed in the 1990s on the basis of a modernized BMD-3 light infantry fighting vehicle. Essentially, designers fitted the vehicle out with a 125mm 2A75 smoothbore gun, the result being a genuine, lightweight floating tank, and one suitable for airborne use. 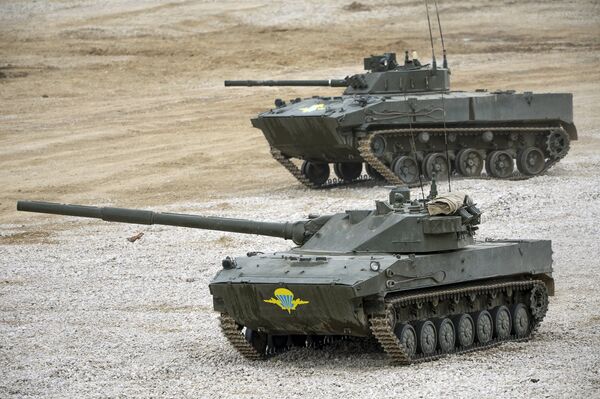 The nimble vehicle accelerates to up to 70 km per hour off-road, and is equipped with firepower comparable to Russia's T-72 and T-90 main battle tank. In this regard, Russia's arsenal is unique, with no other country fielding a comparable system.

One of the key features in the Sprut is its gun's stabilizer, which allows for accurate firing while swimming up to 10 km/h during a three gale storm. This makes the artillery piece an indispensable tool not only among the airborne forces, but for amphibious assault operations as well. 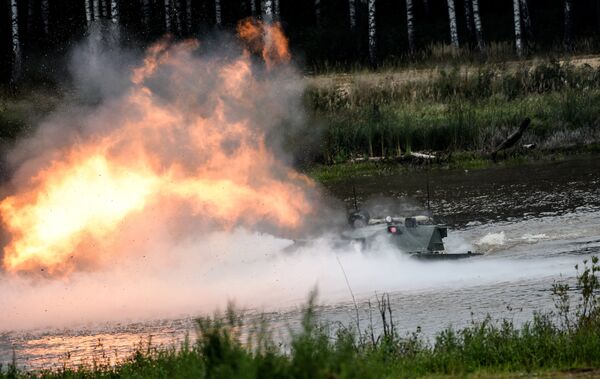 Someone who knows little about artillery might get the impression that the Airborne Troops are living the good life, demanding the creation of a new self-propelled gun even though they already have the relatively modern Sprut, which has good potential for modernization.

But experts understand that things aren't so simple. The new 122mm Lotus is expected to replace the Nona-S, not the Sprut. Amid its seeming universality, the Sprut is intended more as a direct-fire anti-tank platform. Its gun's low arc of elevation makes it a poor howitzer.

In that sense, the Nona (Russian acronym for 'Newest Ordinance of Ground Artillery') is a tool of a completely different sort. The air-droppable mortar can angle its gun almost vertically, firing its heavy rounds over tall obstacles, or even from closed position. 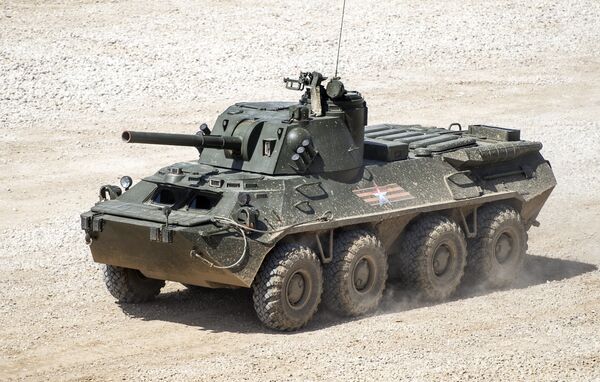 An S23 Nona-SVK self-propelled gun, mounted on a BTR-80 armored personnel carrier, displayed in the run-up to the Army-2015 international military-technical forum in the Moscow Region
© Sputnik / Evgeny Biyatov
/
Go to the photo bank

The explosion from one high-explosive Nona round digs a five-meter-deep crater into the ground and sprinkles over 3,000 fragments around it; the projectile has a range of 9 kilometers. The Nona can fire cumulative ammunition, hitting tanks at distances up to a kilometer.

Another feature of the Nona is its ability to used captured enemy rounds. The gun is literally 'omnivorous', successfully able to fire 120mm high explosive fragmentation rounds from German, French, Israeli, Spanish and Chinese army arsenals.

Finally, the weapon uses guided munitions, a laser target designator raining down the shells on the lightly armored top of the turrets of enemy tanks, resulting in nearly a 100% rate of destruction.

Nevertheless, for all its merits, the Nona is not eternal. It's been in production since the 1970s, and is gradually becoming obsolete; therefore it's no surprise that Airborne Forces Command has been thinking about developing a new artillery piece to take the Nona's place.

The secretive Zauralets-D project, based on the BMD-4M and BTR-MDM chassis, had its chance to become Airborne's next-gen artillery. Conceived in both 120mm and 152mm variants, that weapon was intended to surpass all existing systems in range, and be used as a mortar, howitzer or cannon interchangeably. However, work on the project was suspended on the initiative of the Defense Ministry.

Later, the TsNIITochMash design bureau explained that the experience gathered in creating the Zauralets-D has been transferred to another secretive project, code-named the Lotus, featuring a new high-reliability 120mm cannon, and other improvements all around.

And although information from open information sources on the Lotus remain sparse, it's clear that the new gun, mounted on a new chassis, will provide the Blue Berets with new fearsome capabilities to be envied by any major military. After the deployment of such a system, the firepower of the Russian Airborne Troops will increase substantially.