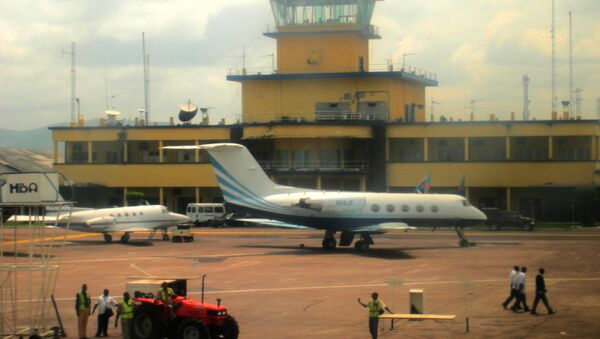 CC0 / /
Subscribe
At least 10 people were on board the military aircraft that crashed in the central African Democratic Republic of the Congo.

"I can confirm the incident, it occurred early in the morning… it was a military aircraft. There are no survivors," the director of the Regie des Voies aeriennes (RVA), the company responsible for controlling Congolese airspace and management of the country's airports, said the Actualite.cd media outlet Saturday.

The incident occurred in one of the districts of the Congo's capital Kinshasa on Saturday morning. As representative of the international airport Georges Tabora reported, there were ten people on board the aircraft, none of the crew members survived. According to him, no one on the ground in the accident area was killed or injured.

The radio station reports that the crash happened soon after the plane took off from the international airport of Kinshasa. Preliminary data suggests that the cause of the accident may be a technical malfunction.

The Democratic Republic of Congo (DR Congo) has not provided any information on the citizenship of the crashed military plane's crew members so far, the Russian Embassy in DR Congo told Sputnik.

"The embassy is revealing details of the incident and is in contact with local authorities. The authorities are carrying out an investigation and have not yet provided information about the citizenship of people on board of the jet. I can neither confirm, nor refute, who was on board of the plane," the embassy's representative said.