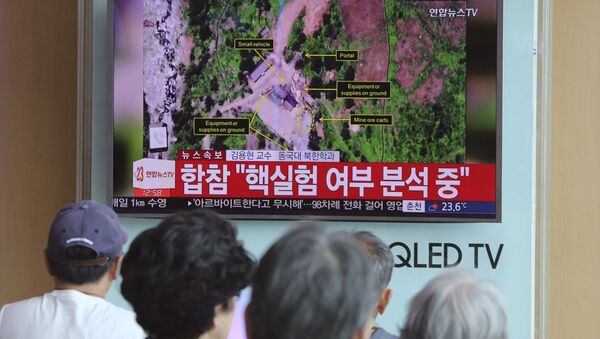 South Korea agreed with the UN that cooperation and using strategy diplomatic were the only solution to the North Korean nuclear issue, local media reported Sunday, citing diplomatic sources.

According to Yonhap News Agency, Kang and Guterres met earlier in the day to discuss the escalation of tensions on the Korean peninsula, caused by an exchange of threats by North Korean leader Kim Jong-un and US President Donald Trump. They agreed on the importance of a peaceful resolution of the ongoing crisis and vowed to enhance cooperation between the United Nations and South Korea.

The situation on the Korean peninsula has escalated in recent months after Pyongyang carried out several ballistic missile and nuclear tests, in violation of UN Security Council resolutions. The Council has imposed sanctions on North Korea, which, however, have failed to prevent Pyongyang from conducting new tests. Amid the escalation of tensions, Pyongyang and Washington have been exchanging inflammatory remarks and threats.