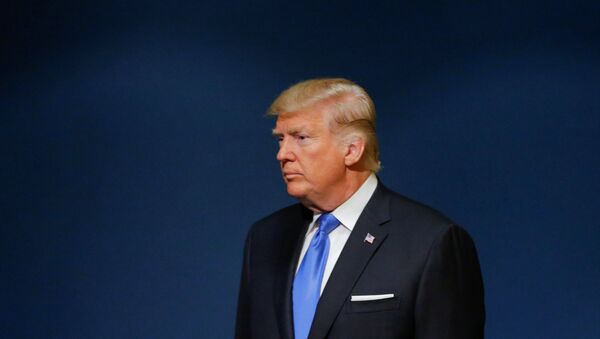 © REUTERS / Eduardo Munoz
Subscribe
International
India
Africa
Many White House staffers who joined Trump’s administration in January are now looking for a way out, reaching out to headhunters, lobbyists and GOP operatives, in desperate attempts to find new jobs.

Staffers from the National Economic Council are talking to headhunters about various options, including in-house government affairs experts at major companies, trade associations, or consulting firms.

"There will be an exodus from this administration in January," one Republican lobbyist said, according to Politico.

It doesn't help that several high-level advisors, including Steve Bannon and Reince Priebus, have been forced out of the White House.

"Everyone says, ‘I just need to stay for one year,'" according to an unnamed Republican lobbyist cited by Politico, who added, "if you leave before a year, it looks like you are acknowledging that you made a mistake,"

Corporate and lobbying recruiters have confirmed that multiple White House staffers have reached out to them.

"There is no joy in Trumpworld right now," said one adviser who has collaborated with several staffers, cited by Politico.

"Working in the White House is supposed to be the peak of your career, but everyone is unhappy, and everyone is fighting everyone else."

Regardless of who is president, White House political positions — seen as plum position — normally demand long hours with low pay in a high-stress environment.

"There is always a shake-out period at the beginning with a few people not working out," Anita Dunn, former White House communications director for US President Barack Obama said.

"But typically, you tend to get turnover at the two-year marks like after a mid-term or election."

One senior White House official quoted by Politico was unsympathetic.

"I would say about anybody looking to leave that they are probably having a hard time keeping up with President Trump. You sign for this, and you've got to be ready to go."