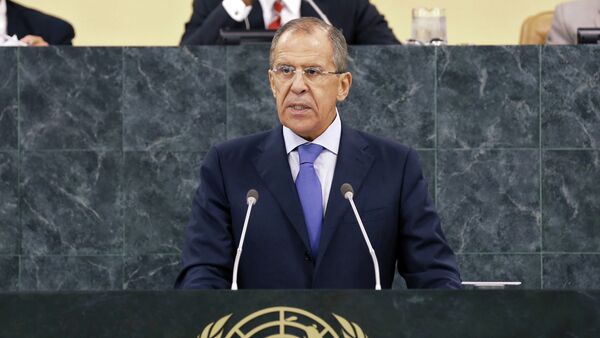 On Wednesday, members of the UN Security Council discussed the future of the organization’s peacekeeping missions. The US used the opportunity to push the North Korea issue, over which much heated rhetoric has risen, while Russia focused on diplomatic solutions to conflicts, including the one in Donbass.

Unlike the US commander-in-chief, Vice President Mike Pence avoided talking about the "Rocket Man on a suicide mission" when discussing North Korea and its leader Kim Jong-un at the UN Security Council meeting. Instead he used oblique phrases, such as "keeping the peace requires more than peacekeeping." However, Pence clearly stated that the US wants more UN involvement in the crisis on the Korean Peninsula.

"We call on the United Nations and this Security Council to do more to keep the peace — much more — to confront the threat posed by North Korea," Pence said.

Though the vice president didn't repeat US President Donald Trump's language about "totally destroying" North Korea, he did echo Trump's threats against Pyongyang:

"As the president said yesterday, the United States has ‘great strength and patience,' but all options are on the table. And if we are forced to defend ourselves and our allies, we will do so with military power that is effective and overwhelming."

Moscow, on the other hand, seems to have taken a softer approach when it comes to the nature of peacekeeping. Russian Foreign Minister Sergey Lavrov said the use of force should not be the primary choice in resolving the world's conflicts, including the situation in Eastern Ukraine's self-proclaimed republics.

"Russia's position is that the settlement of any conflict needs to be done, above all, through political methods, with an emphasis on national dialogue. The primary principle of the UN peacekeeping remains fully relevant, namely, ‘Blue helmets' can only be deployed with the consent of parties of conflict," he said.

Several weeks ago, Russia supported Kiev's idea to deploy UN peacekeepers in Donbass, suggesting that the mission be placed at the contact line. Kiev declined the proposal.

Nevertheless, despite differing opinions on the details, all UN Security Council members seem to agree on key principles of the UN reform, as the council passed a resolution urging higher efficiency of peacekeeping operations. Russia and 14 other countries backed the document.