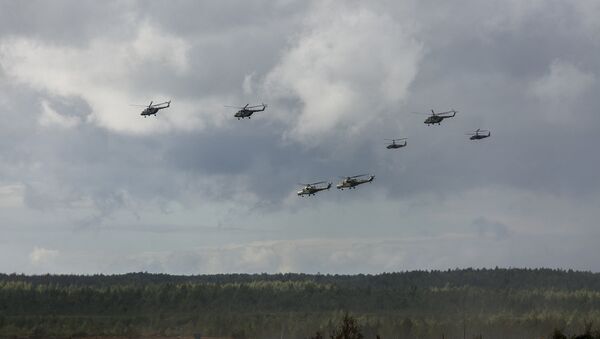 “All reports on social media over ‘volleys at crowd of journalists,’ ‘large numbers of wounded’ are a deliberate provocation or someone’s personal stupidity,” the district said in a statement.

Earlier in the day, media reports and videos emerged claiming that a Ka-52 helicopter accidentally fired rockets at journalists.