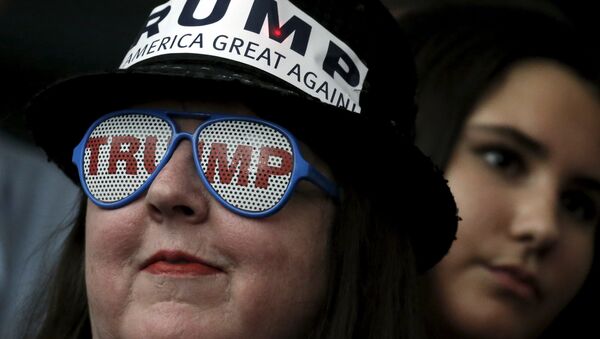 After US President Donald Trump sat down with Democratic leaders to strike a deal regarding protecting the Deferred Action for Childhood Arrivals program (DACA) that Trump had previously sought to strike down, videos surfaced online of former Trump supporters burning their “Make America Great Again” hats.

Trump met with House Minority Leader Nancy Pelosi and New York Senator Chuck Schumer, arguably the two most prominent Democrats in Congress, on Wednesday. Afterwards, they issued a joint statement claiming that Trump and his typical political rivals had "agreed to enshrine the protections of DACA into law quickly, and to work out a package of border security, excluding the wall, that's acceptable to both sides."

DACA was previously instituted in a 2012 executive order from Trump's predecessor Barack Obama to protect those who had illegally entered the US as minors. Trump had called for the removal of those who entered the US illegally repeatedly during his 2016 presidential campaign and also in his time in office.

As such, parts of his base saw his agreement with the Democrats a betrayal of his campaign promises. Hashtags like "AmnestyDon," "BurnMyMAGAHat," "BuildTheWall" and "GoGetHimMueller" (in reference to Robert Mueller, the Department of Justice special counsel investigating the Trump campaign's alleged connections to Russia) appeared alongside the videos.

The typical destruction process was to set the hat on fire, but others took more creative methods such as throwing the hats into the garbage.

Trump downplayed the nature of the agreement on Twitter.  "No deal was made last night on DACA. Massive border security would have to be agreed to in exchange for consent. Would be subject to vote," he tweeted.

"The WALL, which is already under construction in the form of new renovation of old and existing fences and walls, will continue to be built," he went on to tweet. Some online interpreted this tweet to mean that Trump had also given up on the campaign promise of building a large wall along the US-Mexico border.

In response, the Trump campaign sent out an email blast to reporters that read: "There's been a lot of noise today and a lot of rumors. Let me set the record straight in the simplest language possible… We will build a wall (not a fence) along the Southern border of the United States of America to help stop illegal immigration and keep America safe."