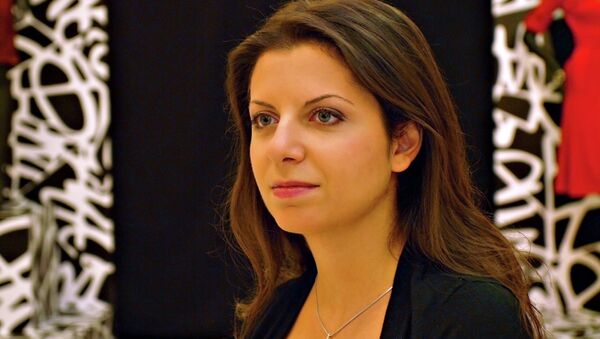 On Thursday, Spiegel Online published an interview with Gabriel, in which the journalists asked the foreign minister why he decided to give an interview to RT Deutsch, portraying the broadcaster as "an instrument of Russian propaganda."

"Der Spiegel is in hysterics, [because] the German foreign minister dared to give an interview to RT," Simonyan said in a comment.

Gabriel gave the interview to RT Deutsch on September 8 before a meeting with Germans of Russian origin in the city of Jena, about two weeks ahead of the German parliamentary elections scheduled for September 24.

During the Thursday interview, a Spiegel Online journalist also asked the foreign minister whether his comments to RT Deutsch were an attempt to attract the votes of German Russians. The minister replied saying that even if he had wanted to attract their votes, it would not be wrong to give an interview to a Russian media broadcasting in German, especially taking into account that people of Russian origin do not read Spiegel Online. Gabriel said that he just wanted his opinion to reach these people and the Russian leadership.

Russian-based media outlets broadcasting in Europe and the United States have been facing a barrage of accusations by Western officials about allegedly spreading fake news and attempting to influence public life.

In November 2016, the European Parliament voted in favor of a resolution to counter alleged Russian anti-EU propaganda. According to the document, such media as Sputnik and RT broadcasters pose a danger to European unity and thus, extra European Commission funding is needed for counter-propaganda projects.

Russian President Vladimir Putin, commenting on the adoption of the resolution, stressed that it indicated an apparent degradation of the concept of democracy in the West.