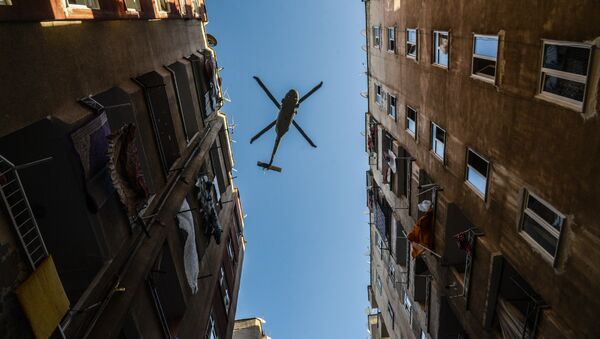 ANKARA (Sputnik) — Turkish security forces are carrying out an operation to detain 63 people, including 45 former members of the National Intelligence Organization (MIT) suspected of having links with the movement of Islamic cleric Fethullah Gulen, which is designated in Turkey as the so-called Gulenist Terror Organization (FETO), local media reported Tuesday.

According to the Anadolu news agency, the operation is underway in 21 provinces of the country. The suspects were sacked from the MIT in a series of purges in the state agencies after a failed coup attempt in 2016, the news outlet added.

On July 15, 2016, a military coup attempt took place in Turkey. It was suppressed the following day, leaving over 240 people killed and an estimated 2,000 wounded. After Turkey faced the attempted military takeover a year ago, Ankara accused Gulen, who has been living in the US state of Pennsylvania since 1999, and his followers of playing a key role in the coup attempt. The cleric has refuted the allegations.

Since the thwarted coup, Turkey has arrested hundreds of military personnel, activists and journalists on suspicion of having links to Gulen.