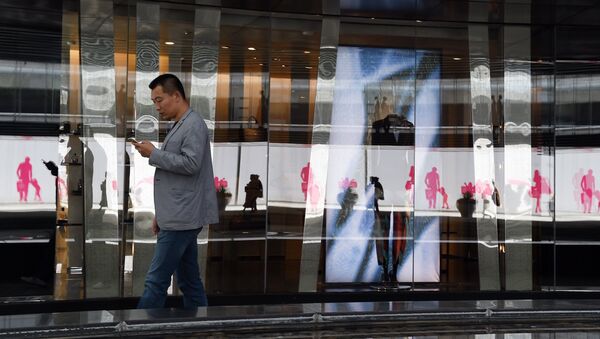 The demographic change in China, particularly the increase in young single people, is changing the nature of the country's consumption patterns, Dr. Zhang Ning of the Chinese National Academy of Economic Strategy told Sputnik.

An increasing number of young people in China are eschewing marriage in favor of the single life; this is changing the shape of the country's economy. In 2015, China's single population reached 200 million, larger than the population of Russia and Spain combined.

The proportion of single men and women within the whole population increased from 6 percent in 1990 to 14.6 percent in 2013. There are now more than 58 million people in China who live alone, the China News Network reported, citing data from China's Ministry of Civil Affairs.

Game of Thrones Causes Chinese 'Tourist Invasion' of Europe
A large number of the new singles are well-educated and well-paid city-dwellers, who see marriage as just another option rather than a social obligation.

According to statistics from the National Bureau of Statistics of China, in the first quarter of 2017 the average Chinese salary was 2,395 yuan ($365) per month. However, according to figures from e-commerce giant Alibaba, the average salary among single men and women in China is much higher. At least half earn 3,000-5,000 yuan, 30 percent earn 5,000-8,000 yuan and ten percent earn more than 8,000 yuan.

The Alibaba research also found that the incomes among this group are increasing, but they prefer to spend more money on leisure activities than families do.

According to data from the World Economic Forum, the current generation of highly-paid specialists under age 35 spends about 35 percent more than their contemporaries from 20 years ago. However, many analysts are skeptical about whether this development will have a positive effect on the economy, even in the medium-term.

"Of course, the growing number of single highly-paid young people is increasing sales in sectors such as entertainment, but in general this situation is damaging for the economy," Dr. Zhang Ning of the Chinese National Academy of Economic Strategy told Sputnik.

"I would also like to emphasize that too many single people can to some extent lead to reduced motivation and ambition in work and life. The issue needs to be approached from the point of view of population structure and fertility rates. Over time, an increase in the number of single people can lead to an aging population and a decrease in the birth rate. In 10-20 years, we might be confronted with a decreasing number of working-age people and the problem of maintaining pensions and pension insurance will arise."

"In the US, the percentage of single people is also very high; in Japan it's much higher than in China. In order to solve this problem, the government should develop a number of incentive measures; for example [it could] increase the duration of maternity leave, increase subsidies. At the moment companies in a lot of Chinese cities, where there is a lot of competition, don't want to hire women because they need maternity leave."

"In this case, it is necessary to introduce legal measures to provide longer maternity leave and job security guarantees. In addition, after the introduction of the experimental 'two-child policy' in some regions, a 'three-child policy' could also be introduced. Such measures could be introduced in regions with a particularly low birth rate, for example in the north-east, where there is a serious decline in population," Zhang suggested.