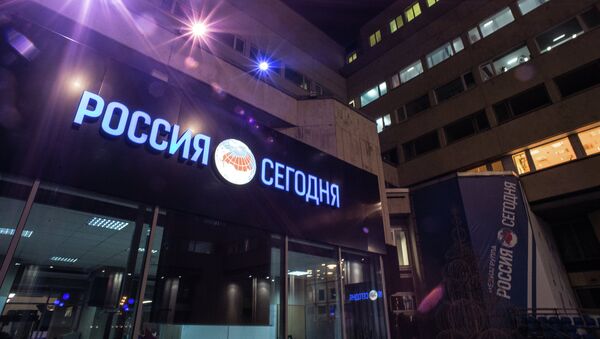 Estonia has accounted for its decision to refuse accreditation to three Rossiya Segodnya International Information Agency reporters for the EU foreign ministers' meeting in Tallinn, referring to an EU Parliament resolution which labels the agency a pseudo-news outlet, the country's government said in a statement.

Digital Technologies Allow Estonia to Save 2% of GDP Annually - Prime Minister
BRUSSELS (Sputnik) — Estonia denied to grant accreditation to three Rossiya Segodnya reporters for the meeting scheduled for September 7-8. The agency has for the first time faced such restrictions in getting access to coverage of ministerial level events under the aegis of the European Union.

"In its Resolution of 23 November 2016, the European Parliament called Sputnik (a company of MIA Rossiya Segodnya group) a ‘pseudo-news agency’. Guided by these above-mentioned principles, the government agencies of Estonia reserve the right to deny access to media events to individuals or organizations, which have proven not to follow the principles of journalism," the statement published on the website of the Council of Europe read.

According to the statement, these qualifications are viable for all the meetings held on the territory of Estonia during the country's presidency in the European Union, which is to continue until December 2017.

On Wednesday, the Office of the Organization for Security and Co-operation in Europe (OSCE) Representative on Freedom of the Media called on Estonia to reconsider its decision to deny accreditation to Russian journalists.

On Tuesday, the Russian Foreign Ministry assessed the refusal to accredit the reporters as an outright discrimination which undermines EU authority.