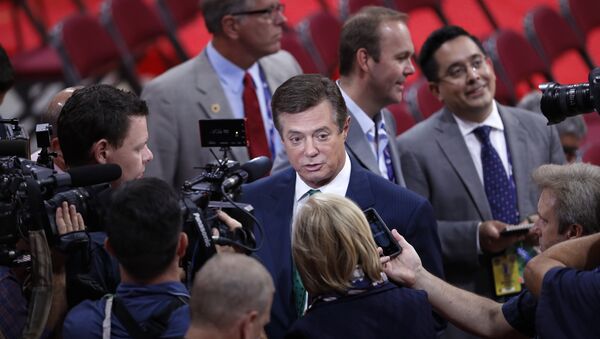 A former attorney for Paul Manafort when he served as chair of the Trump presidential campaign has been ordered to appear before special counsel Robert Mueller, who is investigating charges of Russian interference in the 2016 US election, according to published reports.

"Manafort is under investigation for possible tax and financial crimes, according to US officials briefed on the investigation," the CNN report stated.

The allegations under investigation largely center on Manafort's work for the former ruling party in Ukraine, which was ousted in a 2014 US-backed coup, according to the report.

Mueller is said to be investigating contacts between current and former Trump aides and Russian officials amid allegations of collusion that remain unproven and have been repeatedly denied by Moscow.

Manafort chaired the Trump presidential campaign from June to August 2016.