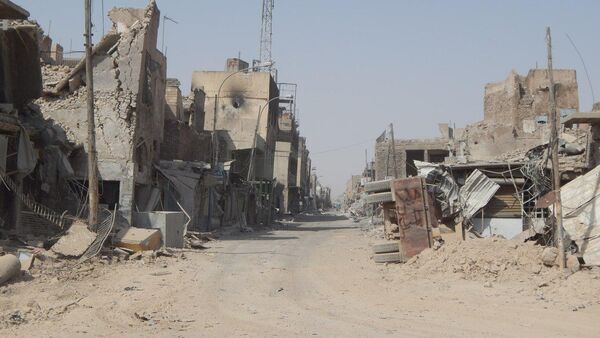 The commander of the Iraqi army’s Nineveh Operations says that Daesh terrorists will not return to the Iraqi city of Mosul while its residents align themselves with the country's authorities.

CAIRO (Sputnik) — Militants of Daesh will not come back to Iraqi Mosul while its residents support the country's authorities, Brig. Gen. Najim Jubouri, the commander of the Iraqi army’s Nineveh Operations, told Sputnik on Saturday.

"We fear that Daesh defeat in Syria will lead terrorists to return [to Iraq]," Jubouri said, stressing that it was strictly his personal opinion.

Earlier in the day, Jubouri announced the liberation of Tal Afar city from Daesh.

On July 10, the Iraqi authorities officially announced the victory over the Daesh terrorists in Mosul. The operation to liberate it was underway since October 2016.