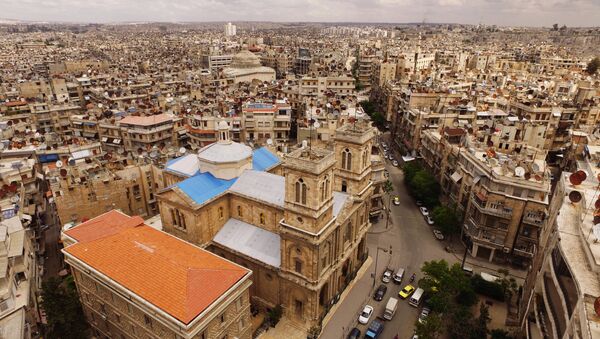 A group of 47 militants laid down their arms in the Syrian province of Aleppo in order to gain amnesty and return to civilian life, an informed source in the Aleppo province told Sputnik on Tuesday.

"Forty seven members of illegal armed groups from the de-escalation zone number one in the Aleppo province laid down their arms and were taken to territory controlled by the Syrian Arab Republic, now they have been sent to the city's security committee to consider the possibility for amnesty," the source said.

Residents of Syrian City of Aleppo Grateful to Russians for Survival
On Monday, Col. Gen. Sergey Rudskoy, the chief of the Main Operational Directorate of the Russian General Staff, said that the province of Aleppo had been fully liberated from terrorists.

In July 2016, Syrian President Bashar Assad issued a decree which provided amnesty for rebels who lay down their arms and get back to the normal life. The initiative was aimed at promoting national reconciliation in Syria, which has been engulfed in a civil war for over six years.